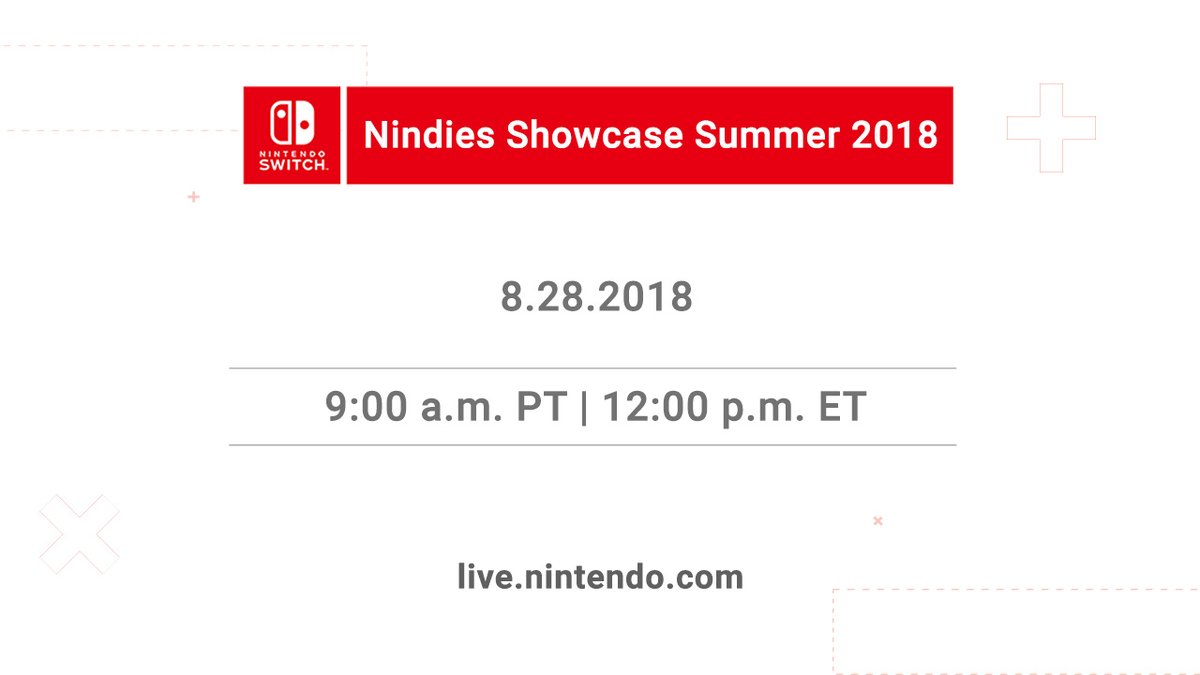 I know what you’re thinking, “didn’t we already have a Nindies Showcase this week?” The answer is no we did not.

We did get a video on Monday that paid attention to indie games from European developers, has nothing to do with the Nindies Showcase brand and nor was it a Nintendo Direct. It was just an indie video that Nintendo of Europe had put together, whereas what we’re getting next week, is the real deal.

A “real deal” that is said to “highlight multiple unannounced indie games” that are all planned for Switch.

Some are assuming it will be a repeat of what was shown on Monday, but nothing from what has been shared, seems to even hint at such a thing. For all intents and purposes this is a showcase that will debut on August 28 (last year’s Summer 2018 Showcase was on August 30) and could probably show games such as Wargroove, Planet Alpha, Travis Strikes Again: No More Heroes, in addition to the new ones.

The official tweet that shared this news can be seen below and Provided you’ve been keeping up with all the rumours, before a Smash Direct was even announced, there was belief that a Nindies Showcase could take place this month and going by a series of tweets on Twitter, it looks like such a direct could be happening today.

Multiple indie devs, have all take to the social media platform to share the news that they will all have something to share later today, at 14:00 PM CEST (05:00 AM PT/08:00 AM ET/13:00 PM BST) and you can see a collection of those tweets, below:

Tune in 8/28 at 9am PT for a new #Nindies Showcase video presentation highlighting multiple unannounced indie games coming to #NintendoSwitch!