Have a Party with Playable Super Mario Party at Gamescom 2018 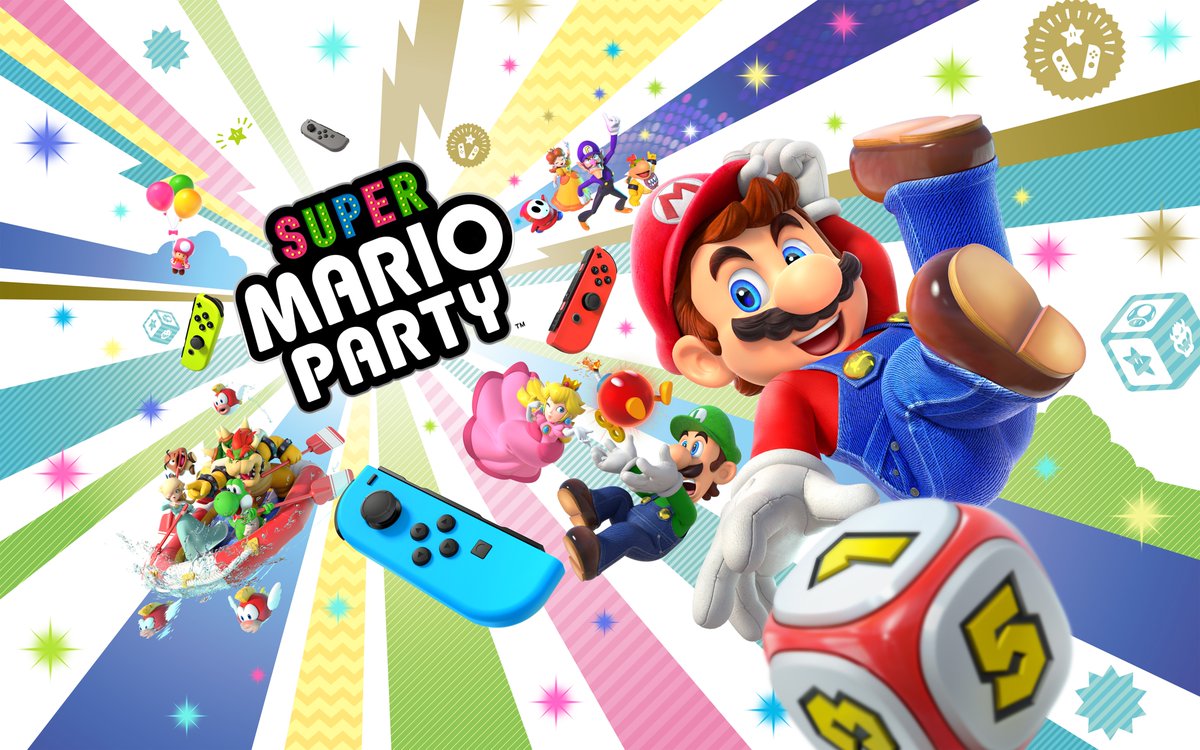 While the E3 announced Super Mario Party, was not playable at E3, or Gamepolis and other gaming events that have happened since, today Nintendo has revealed, it will be playable at Gamescom, this month.

It won’t be the only game as Super Smash Bros. Ultimate, Starlink, DRAGON BALL FighterZ and more will be playable, but it will be the first time Super Mario Party will be eligible to play by consumers.

Nintendo have also gone on to reveal that the likes of Xenoblade Chronicles 2: Torna – The Golden Country, and DAEMON X MACHINA will both have new gameplay shown and shared online. For the full details of today’s news, see here:

1st August, 2018 – Visitors to Nintendo’s booth at gamescom in Cologne, Germany this year are in for a treat, as they’ll be the first to try some of the fun new minigames in Super Mario Party, as well as being able to go hands-on with other upcoming Nintendo Switch software, including Super Smash Bros. Ultimate and more.

Coming exclusively to Nintendo Switch on 5th October, Super Mario Party brings the original board game mode back to its roots as four players race across the board searching for Stars, taking advantage of deeper strategic additions like specific Dice Blocks for each character to use. Additional game modes, such as Toad’s Rec Room that pairs up two Nintendo Switch consoles, plus the Online Mariothon minigame gauntlet, make this one party where everyone can enjoy themselves, and visitors to Nintendo’s booth in Hall 9 can try out five of the new minigames themselves as a taster of the fun that awaits.

Other playable titles available throughout the show’s run from Tuesday 21st August until Saturday 25th August include:

Those who can’t attend the show in person can get a deeper look at a selection of already-announced upcoming games on Nintendo’s YouTube channel, with a series of videos recorded at its RedCube studio on the gamescom showfloor throughout the week. Fans can tune in to see new gameplay from a selection of games, including Super Mario Party, Xenoblade Chronicles 2: Torna – The Golden Country, and DAEMON X MACHINA from Marvelous, featuring the game’s producer Kenichiro Tsukuda.

Visitors to Nintendo’s booth in Hall 9 at gamescom in Cologne, Germany from 21st to 25th August will be able to play Super Mario Party for the first time, as well as go hands-on with Super Smash Bros. Ultimate, FIFA 19, and more. Meanwhile, fans at home can expect a series of videos throughout the week of gamescom that show new gameplay for a selection of already-announced titles, including Super Mario Party, DAEMON X MACHINA, and more.