[Preview] Hands On With… Starlink: Battle For Atlus 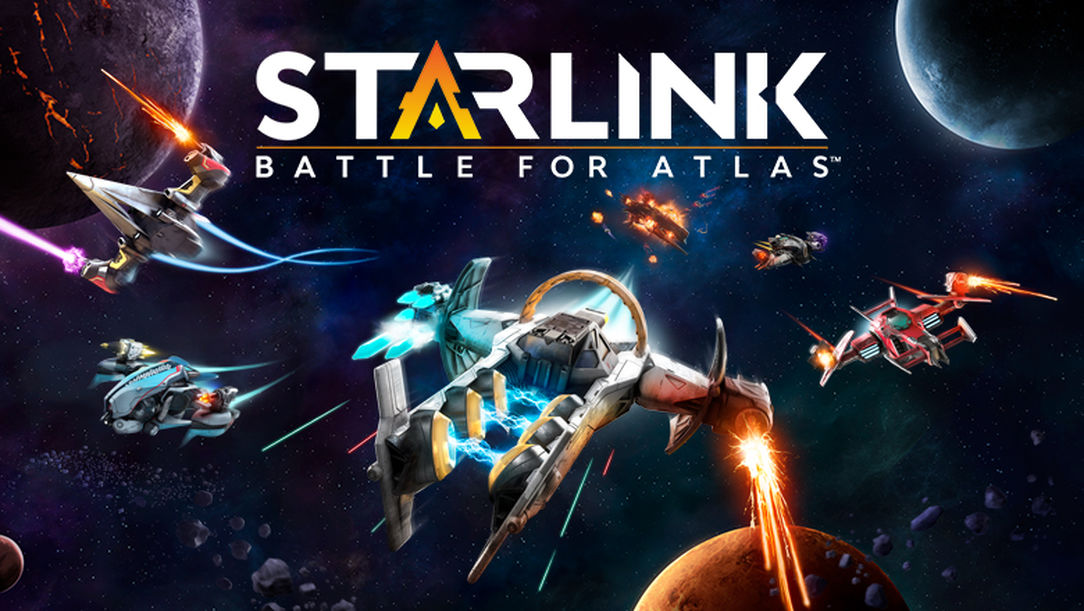 Pokémon: Let’s Go, Pikachu! and  Let’s Go, Eevee! wasn’t the only demo I was allowed to play during the Nintendo Closed Door Presentation at Gamepolis. Ubisoft’s Starlink: Battle For Atlus was also at available to play at the hands of the press and select Influencers (YouTubers). I was genuinely intrigued by the game and it’s premise. This was Ubisoft’s attempt at the Toys-to-Life genre, combining it with intergalactic dogfights, Air-to-ground combat, exploration and mission based objectives.

I was allowed to take pictures and video this time around and I will be including some of them with this article so you can see what the game looks like as well as the figures like the crafts and pilots. Though some of the following information may already be common knowledge, there may be some information that has not been publically announced. If you decide to use any of this information, please source us, along with a link to this article.

The first thing I think you would want to know is really about the Spacecrafts themselves. There are a number of different spacecrafts that you can combine with different wings and weapons. You can mix and match however you like and can even put the weapons on backwards if you want. Every feature has it’s own strengths and weaknesses like being more resistant to enemy fire but due to their weight, they can slow down the craft.

First you must choose your pilot. You then have to attach your pilot to a special Joy-Con grip mount and then place your craft over the top of the pilot. They will stay connected to the Joy-Con for the entire duration of your play session. Fortunately, they are surprisingly light and not cumbersome in a way that hinders reaching all the buttons on the controller.

The weapons that you can use possess special elements, some are based on fire, ice, lasers, etc. Some are instant fire while others need to be charged first. There a number of enemies that have a weakness to a particular type of weapon. You can also change out weapons instantly using the respective component mid battle.

You can only use one pilot during your adventure but you can use up to a total of three different crafts. If your spacecraft gets destroyed, you can instantly change it by swapping out of your damaged craft for a new one.

It has been said that the gameplay is comparable to that of No Man’s Sky in regards to piloting the craft. Not having played No Man’s Sky, I can not say the same. I have however, played Star Fox Zero and there are a number of similarities in the ways of controls and certain aspects of gameplay style.

You are prompted by an NPC to tackle a mission based objective like blow up an Extractor node to find the location of a “Big Boss.” You fly to your destination which could be on a planet or moon and when you arrive, you can swap between fly and hover mode by holding a single button. You are given free reign of wherever you want to fly to and are not restricted to a linear path like Rail Shooters. With such free reign, you can lose sight of where you are and can bump into things. Fortunately, crashing into things like walls and obstacles is not fatal and you will just take some damage instead.

Some scenarios require you to take advantage of both Fly and Hover mode when in hectic fights, Hover mode gives you more agility, tighter turn circles and “Jump” over obstaclesbut you are more susceptible to enemy fire. Flying the other hand can get you out of tricky situations but can be awkward to keep stationary targets in sight as you will fly past them.

The Final bosses can sometimes take as long to defeat as the primary mission objective takes to complete. They are virtually indestructible until they show off their weak points just before preparing a powerful strike.

No word of a lie, Starlink: Battle For Atlus is a beautiful game to play but the E3 presentations made it look a lot sharper than what I actually played. To be fair, I was playing the Nintendo Switch version so there is most likely some graphical cutbacks in order to maintain performance. I didn’t have enough time to explore more of the worlds in the demo so I couldn’t say whether there is more to each world or not.

Bearing in mind that there are supposed to be like hundreds of different planets (Not confirmed, just an exaggeration), I would hope that each planet would have more to it than just a few missions based in certain areas. I would hope there would be a bit more diversity as well with towns, lakes, deserts or jungles on each planet that would reflect what we have here on Earth.

Thank you for reading my Hands On with… Starlink: Battle For Atlus. I was very happy that I was able to play it and have reinforced my decision to keep my Starter Pack Pre-Order. It is a game that will definitely appeal to young children but the mission based objectives and the RPG elements are more focused towards older players. There is surely something for everyone that likes intergalactic actionshooter games with RPG elements.

Be sure to check out our other Hands On With… articles If you would like to know our thoughts about Pokémon: Let’s Go, Pikachu! and Let’s Go, Eevee!, Super Smash Bros Ultimate and Dragon Ball FighterZ or what we learned about Super Mario Party during a closed doors Presentation with Nintendo Europe & Nintendo Spain.

One thought on “[Preview] Hands On With… Starlink: Battle For Atlus”