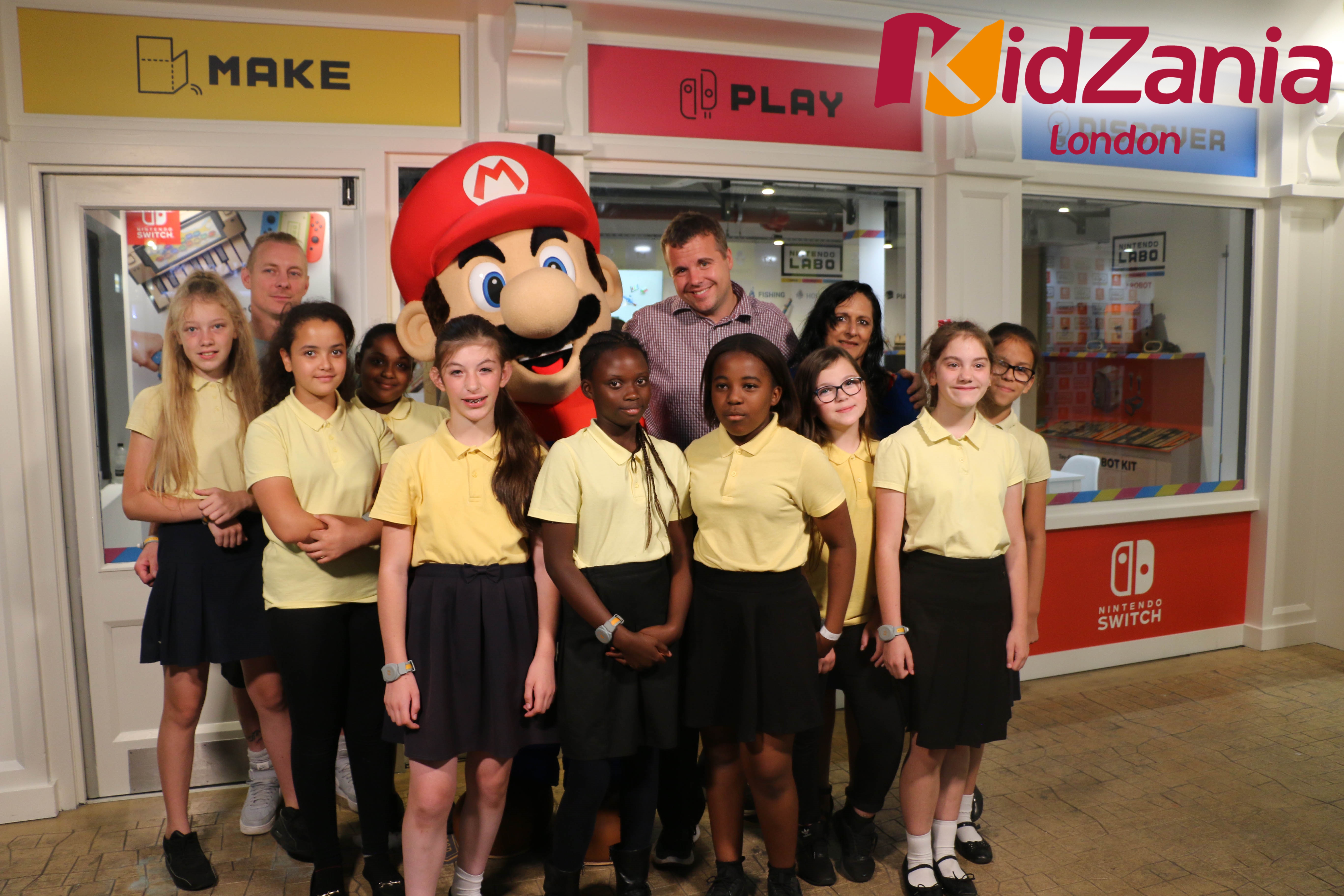 Looking for some fun activities to do with the family whilst in London? Be sure to check out Kidzania London, a facility with over 75,000 square feet filled with real-life activities. It teaches children aged 4-14 years old essencial life skills like teamwork, independence and financial literacy. Kidzania London and Nintendo UK have teamed up to bring a whole new experience to Kidzania, A Nintendo Labo experience to be precise. You can find out more in the Press Release below.

KidZania London ‘switches’ things up with the launch of the new Nintendo Labo experience – open today!

17 July 2018, LONDON: Today Nintendo UK, the worldwide pioneer in the creation of interactive entertainment and KidZania London, the indoor city run by kids, and, are excited to announce a new partnership and the launch of their Nintendo Labo workshop experience.

Nintendo Labo is a series of DIY kits crafted to work with the hugely popular Nintendo Switch console. By assembling sheets of cardboard into almost anything – a motorbike, a fishing rod, a 13-key piano or even a robot suit – and combining them with the Nintendo Switch console – kids will be able to bring their creations to life – from winning a race, catching a fish, to performing a song!

Eddie Kemsley, CEO at KidZania comments: “We are hugely excited to have Nintendo UK on board as a new partner in the city. Nintendo Labo™ offers a unique take on video gaming and method of play, and its ability to encourage creativity and learning in children is something that we encourage through all of our activities in the city”.

Nintendo is one of the worldwide pioneers in the creation of interactive entertainment and the mastermind behind some of the best-known and top-selling videogame consoles and games.

The partnership aims to inspire future design engineers by exploring different ways to create and invent, and by taking part in the Nintendo Labo™ Workshop experience within the city, kids will take on a journey through the Make, Play and Discover pillars of Nintendo Labo.

Once kids have completed the activity, they will get to keep their RC Car which they create during the workshop as well as receive a Nintendo Labo Workshop completion certificate as a token of their achievement. They will also receive a salary of 8 KidZos – the KidZania currency that kids can spend on activities throughout the city.

Nicolas Wegnez, General Manager, Nintendo UK comments: “We are thrilled to be bringing a Nintendo Labo workshop experience for kids to enjoy. The Nintendo Labo Workshop is designed to inspire creative minds and playful hearts alike and we hope that each and every child that undertakes the workshop will leave with a smile on their face having enjoyed making, playing and discovering with Nintendo Labo”.

Designed to empower and entertain kids, KidZania gives children the chance to challenge themselves and explore the world of opportunities. If your child has ever dreamt of becoming a pilot, a firefighter or the next award-winning actor, watch the excitement on their faces as they try out real life activities! The concept effectively gives them their first taste of independence and gets kids thinking about what they might want to be in the future.

Photo Caption: Mr Chris McGivern, teacher at Southgate Primary School, officially opens the new Nintendo Labo experience at KidZania London today. Chris was joined by his Year 6 class, along with gaming hero, Mario. The techy-teacher has previously used the Nintendo Labo technology to teach key elements of the school curriculum to his students, so was invited along with his class to be the very first to road-test the new activity at the indoor city run by kids at London’s Westfield White City.