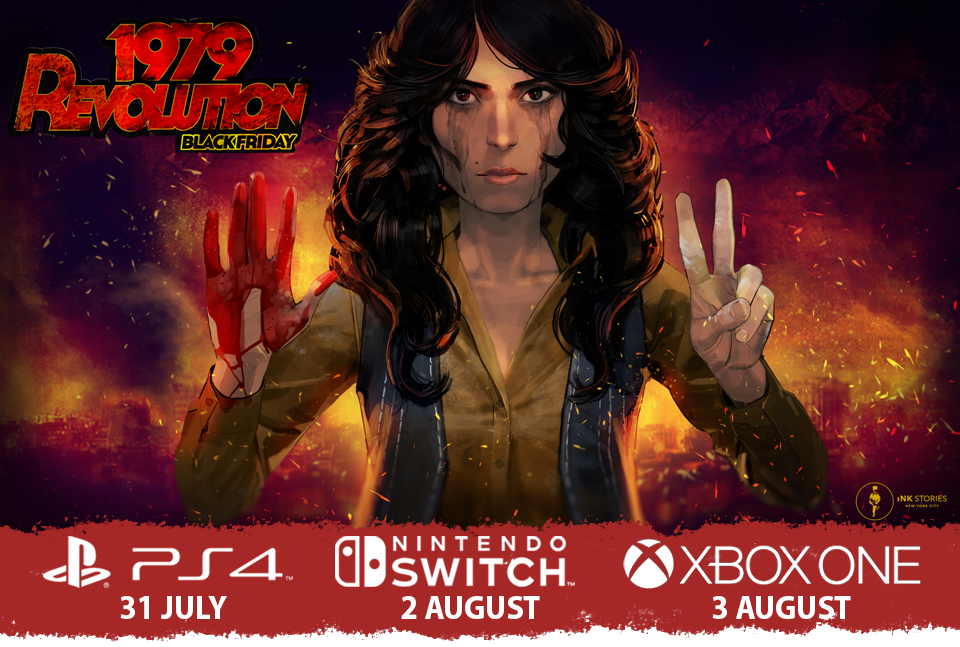 1979 Revolution: Black Friday Is Coming To Nintendo Switch In August

Indie Publisher Digerati have announced that they are bringing the story-driven 1979 Revolution: Black Friday to the Nintendo Switch, PS4 and Xbox One. The game is based on true events that happened in the Middle East back in 1978. 1979 Revolution Black Friday is created by Rockstar Games alumni Navid Khonsari and will be releasing on Nintendo Switch on August 3rd. You can find out more about the game in the Press Release Below along with a trailer.

The game is available to pre-order now from the Nintendo eShop in North America, and pre-orders start in the European eShop tomorrow, 18 July. Pre-orders also start tomorrow for the Xbox One version in the Xbox Store. There’s a 20% discount on all pre-orders. For PS4, PS Plus subscribers in Europe will be entitled to a 20% discount during launch week.

Described by Kotaku as “ground-breaking and important”, 1979 Revolution: Black Friday has received widespread acclaim for its gripping narrative and accurate portrayal of a pivotal moment in the history of the Middle East.

1979 Revolution: Black Friday is written and directed by Navid Khonsari, a game development veteran who has worked on a lengthy list of best-sellers, including GTA: Vice City, Alan Wake and Resident Evil 7.

Khonsari grew up in Iran but left with his family after the revolution. Regarded by Iranian officials as ‘pro-American propaganda’, sales of the game have been banned in the country and Khonsari has been accused of being a U.S. spy.