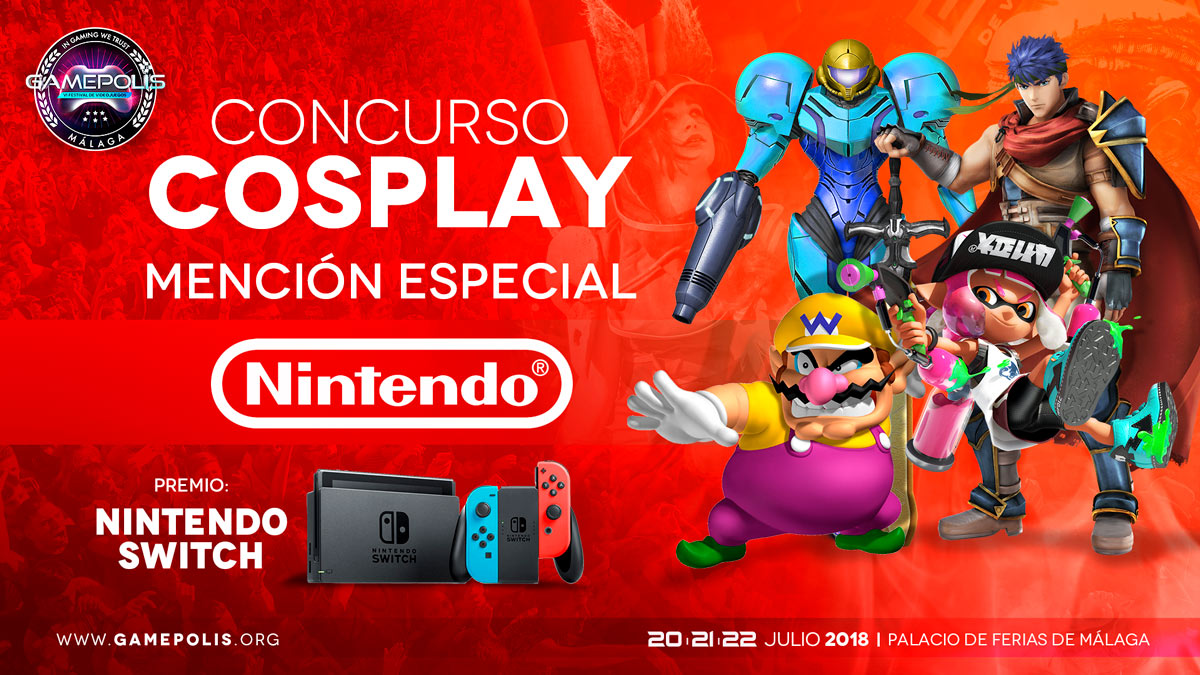 For anyone who is visiting Gamepolis in Spain next week and like to get dressed up for the occasion, may be interested to know that there is a cosplay contest going on. The Gamepolis Cosplay Contest has multiple categories, with up to €1,000 worth of prizes and a Nintendo Switch up for grabs. The Nintendo Switch is the grand prize for the Nintendo Category so if you want to get your hands on a Nintendo Switch, you can find out below.

If you still have doubts about participating in the Gamepolis Cosplay Contest, you have no excuse! If on Saturday July 21, you participate cosplaying a character that appears in any of the Nintendo game, you can win an incredible Nintendo Switch.

REGISTER IN THE CONTEST!

Participate in the individual or group category of the cosplay contest to be held on the main stage of Gamepolis on Saturday, July 21. This contest is also sponsored by SuperSkunk, your original gift shop, AirMalta airline with new direct flights from Malaga to the Maltese Islands, and FreakCon, Manga International Convention, Comic, Television and Videogames Series of Malaga.

Nintendo will disembark in Malaga with all its great successes already on sale and what is to come, like Super Smash Bros. Ultimate. The Japanese company has chosen Gamepolis for this exclusive presentation after receiving more than 40,000 visitors in 2017 and establishing itself as a reference event within the international circuit in the videogame sector.

In Gamepolis we face our sixth anniversary as the largest videogame festival in Andalusia at a national level. The sections of the festival cover the whole panorama of the video game: Expo Zone, eSports and Tournaments, Cosplay, Indie Zone, Retro Zone, Conference Area and Main Stage.