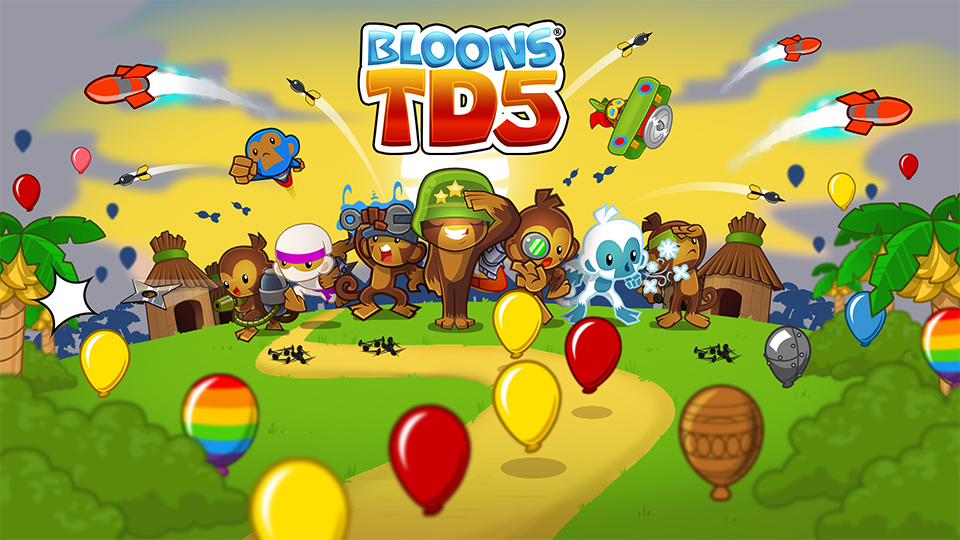 The Bloons series has always had a soft spot in my heart, back in primary school, we used to secretly play Bloons TD 3 whenever we got to used computers. Not to mention I have a couple years’ worth of experience with BTD5 prior to being able to play it on the Switch, I used to strive for high rounds and built strategies that nowadays are used commonly. This is where the fun of BTD5 lies, in the strategy and insane amount of variation each game can hold. For being primarily a mobile game, BTD5 is very simplistic and even the most casual gamer can get into it without much hassle, porting such a simple game to Switch should be pretty simple, right?

Not quite. Right off the bat, the first thing I noticed once loading into the game was the lack of touchscreen controls. This ruins the entire experience, and it’s not just me nit-picking, it seriously doesn’t feel good at all being forced to use the controller. BTD5 can get pretty urgent at points, requiring quick clicks and drags to set towers down fast or upgrading efficiently, and the complete removal of touchscreen controls throws any smoothness and fluidity the game previously had right into the trash.

Anyways, Bloons Tower Defense 5 is exactly what it says it is – a Tower Defense game. The twist on this genre however, is also in the name, instead of fighting off evil baddies or horrendous monsters, your mission is to brutally pop as many balloons as possible. Intimidating, right? These balloons come in many shapes, sizes and colours; different tiers and types of balloons keep each round feeling as fresh as the last and each game being as varied as one another. For example, Metal Bloons can not be harmed with sharp darts, however, they can be devastated by explosion damage. The later rounds will throw even harder Bloons at you, including not only life-regenerating Bloons, but MOABs (Mother-of-all-Bloons), BFBs (Big Fat Bloon) and the epitome of Bloon technology, the ZOMG (Zeppelin of Mighty Gargantuaness).

Speaking of variety, Bloons aren’t the only things that are filled with fresh ideas, the towers you find yourself using to defend yourself are mainly… well… they’re monkeys. Don’t ask why, don’t ask how, but for some reason monkeys notoriously hate balloons. So much, in fact, that there is an entire arsenal of different monkeys to choose from to upgrade your powerful army. From Super Monkeys that can transform into literal Gods to Monkey Pilots that will drop exploding pineapples onto unsuspecting sentient balloons, the choice of towers is just as wacky and creative as the entire premise of the game.

Alongside being able to purchase and place these towers, you can also upgrade them. There are two major upgrade paths for each tower, the left side going for more raw power, with the right side rewarding you with usable abilities. The choice between which upgrade path you use can generally change the entire match, as the right side’s abilities can help change the course of a battle during end-game, while the raw power of the left side can completely obliterate most Bloons in the early rounds.

There are so many ways to play BTD 5, with over 60+ different playable tracks, a solo and two player mode (with local and online play), around 10 different stage modifiers and plenty of challenges and missions, there is a motherlode of content and fun to be had in this game. Every track has its own unique playstyle and limitations and rather than seeing each map as a reskin or background change, I genuinely felt inclined to try them all as they all played and felt different. Stage Modifiers are plentiful and can offer ridiculous amounts of challenge and change to a map you have completed previously, whether choosing difficulty or choosing to change to sandbox mode (where you have access to unlimited money and upgrades), I always found myself coming back to stages I had already completed to hone my skills or try out a new strategy.

Bloons TD 5 has charming, yet simple visuals; the cartoony style of the game fits extremely well with the gameplay and some of the towers and maps look absolutely stunning and vibrant without being too much of an eyesore. The sound design gets somewhat repetitive in the later game and after playing for awhile, as the music really does not change much and the sounds of Bloons popping isn’t the most appealing thing to listen to for hours on end, however, some sounds, such as upgrades and abilities can be extremely satisfying visually and audibly to pull off. The sounds and visuals aren’t the strongest, but they’re not overly poor, which definitely makes them both tolerable in the long-run.

Overall, Bloons TD 5 is the same great game it always was, the gameplay still feels fun and fresh, even after years of experience with the franchise. The only thing that really pulls the whole experience down is the lack of touchscreen, and even though it may seem like a minor feature, using a controller is just a heck of a lot more clunky and unenjoyable. Until they hopefully add touch-screen compatibility, I’d say it’s 100% not worth the massive price increase for the Switch port, and with the newly released Bloons TD 6 and the free-to-play Bloons TD Battles already released on mobile devices, maybe it’s more of interest to delve into those releases before this one. However, if you still want to experience the 7-year-old classic and content-packed game on the Switch with some pretty neat features such as local and online coop, then give it a go, if you’re willing to pay that massive price tag, that is.