The Fantastic NES Classic Edition and Where to Find It 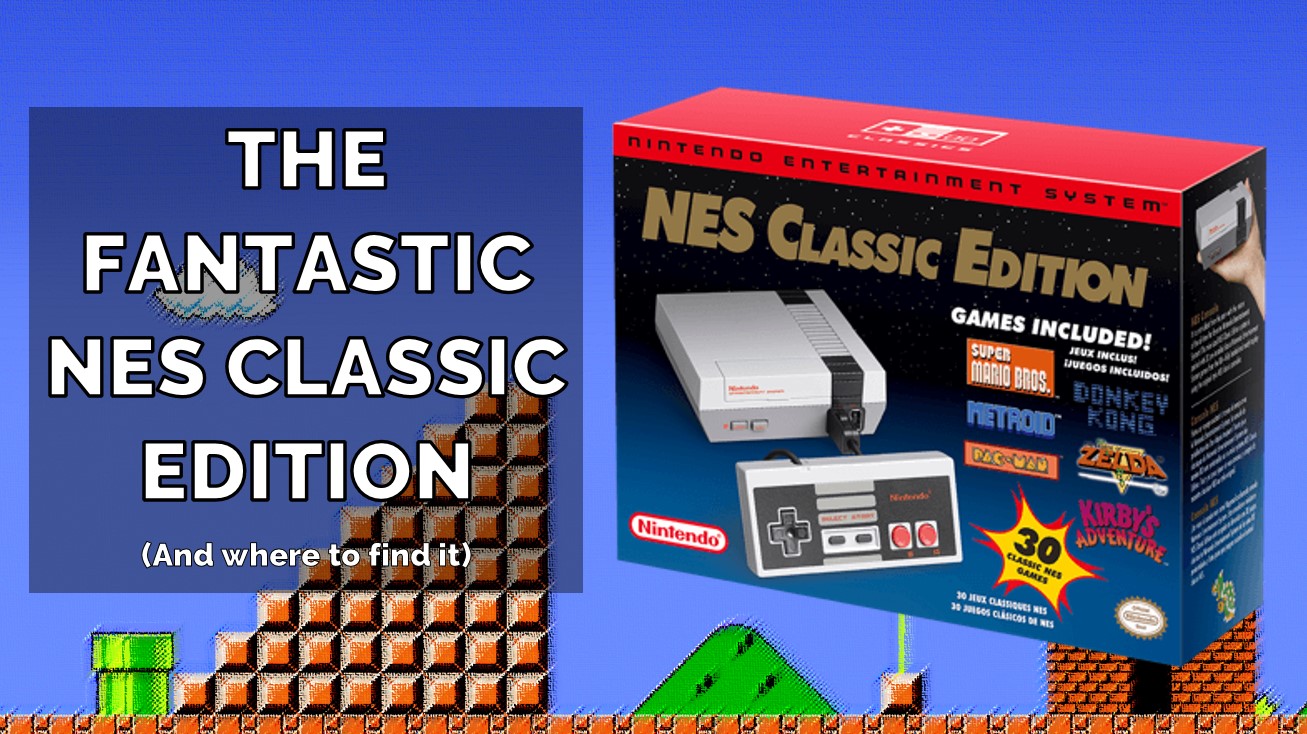 Tools to Empower your fetching quest

(Some of this article was previously featured on ShigeruNews.com during the first go-round of the NES Classic Edition)

With the re-release of the NES Classic Edition on June 29th, we are aiming to aid you on your quest to secure one.

The NES Classic Edition mini console was released to the wild on November 11th, 2016. During that time, most people witnessed more sightings of the Loch Ness Monster, Big Foot, and the Chupacabras than they had of the original NES mini counterpart. The mini NES had been so elusive to find to the point where stores like Walmart, Best Buy, Target, Toys R Us, and Gamestop had absolutely no stock during their  Black Friday sale, turning away people who camped for hours empty-handed.

To make matters worse, the NES Classic Edition was one of those items which had scalpers out in full force getting it in massive quantities. This was even more evident in the fact that not only had its availability online lasted an average of less than a minute when appearing online, but also on the fact that many consoles were being sold on places like eBay for astronomical amounts.

Holiday Season is supposed to be a time for you to enjoy with your family and reflect together, but having kids wanting this console (or wanting it for yourself) was extremely frustrating because all those calls to vendors asking about seed stock and searches online had been for naught, leaving a lot of adults spending in excess of $200 for the console if they wanted to have it tightly nested under their Christmas tree, or admit to themselves that obtaining the console was something that would never happen.

Last year saw the release of the SNES Classic Edition and Nintendo was able to deliver on their promise that stock for the system would not be as thin as it was the previous year for the NES Classic Edition. Moreover, Nintendo delivered a gut-wrenching hit to scalpers, as they announced that the NES Mini would be coming back to retailers in the Summer of 2018, forcing online prices at places like eBay to drop in anticipation of the imminent release of the system.

Of course, nothing guarantees that you will be able to finally get your hands on the NES Classic Edition, but with promises of better stock fulfilled for the SNES Mini, we can expect the same for the mini NES. To give yourself a better chance, we recommend that you head to the stores on the same day for release (June 29th), but if you are unable to for any reason whatsoever, here are some tools to empower your fetching quest.

NowInStock is a good alternative to not having to constantly look online to see if the NES Classic Edition page has been updated from ‘Out of Stock’ into actually having quantities available for you to order. Once you set up your profile on their website, you can select which stores to follow, and what accessories to look for. NowInStock offers a wide array of other items to search for, so if you are also looking for those cutesy-weird creatures called Hatchimals or the LOL Surprise Dolls, you can also search their stock here.

Another option, although is essentially limited to two vendors that sell the NES Classic Edition is called Brickseek.

The way Brickseek works is that stores have a system which calculates their in-stock quantity and upload it into a system, which subtracts the item from their on-hand numbers as it is sold in-store. Basically, when the store receives their truck and they scan the item to receive it, Brickseek receives the information on how many items they have on-hand.

With this information, if you are quick enough, you can potentially go to a store to get the NES Classic Edition before the item is even put out on the shelf.  As long as you have the SKU of the item and enter the Zipcode of the area you are looking for, it will give you the quantity they have on-hand.

There are currently two options to look for the NES Classic Edition through this website: Walmart (SKU: 54043501) and Target (SKU: 207-29-0180). Just make sure to hit the ‘Search Inventory’ button whenever you want the quantity to be updated to see if the stores have received any merchandise. Based on experience, the best time to search for stock through Brickseek or even NowInStock is at around 4AM to 5AM, giving you a clear idea of how many they have in stock as well as giving you enough time to make it to the store well before it opens.

You can also sign up to the website to receive alerts on when the NES Classic Edition or any other items you are searching for becomes available, but just remembers that dozens (or hundreds) of other people are doing the same, so you cannot hesitate when deciding to go out to the store to line up and hope to grab one.

If going outside and lining up hoping to grab the NES Mini is not to your liking, then there is an alternative to attempting to get it online when retailers announced that more stock will become available there:

Download the Easy Auto Refresh chrome add-on to set your page to auto-refresh at whichever rate you want it to, allowing you to open multiple pages of the NES Classic Edition with the hopes that you can score one (or many for that matter).

This is the least viable option as it is more effective closer to when pre-orders become available online, but always look at information through social media (for example Twitter updates from Wario64 and FatKidsAlerts ) on when the system could become available on retailer’s websites.

We cannot stress enough that the absolute best chance of obtaining the NES Classic Edition is on the first day of availability when there are higher quantities available and the Holiday Season rush is still an afterthought. As it gets closer to the Holiday Season and then Christmas, it becomes even harder, and hopefully, if you haven’t secured one by then, these tools will empower you with the possibility of securing one.

Brickseek: NES Classic Edition at Walmart and at Target