[E3 Reactions] Devolver with the Delivery! My Friend Pedro is Coming to the Switch 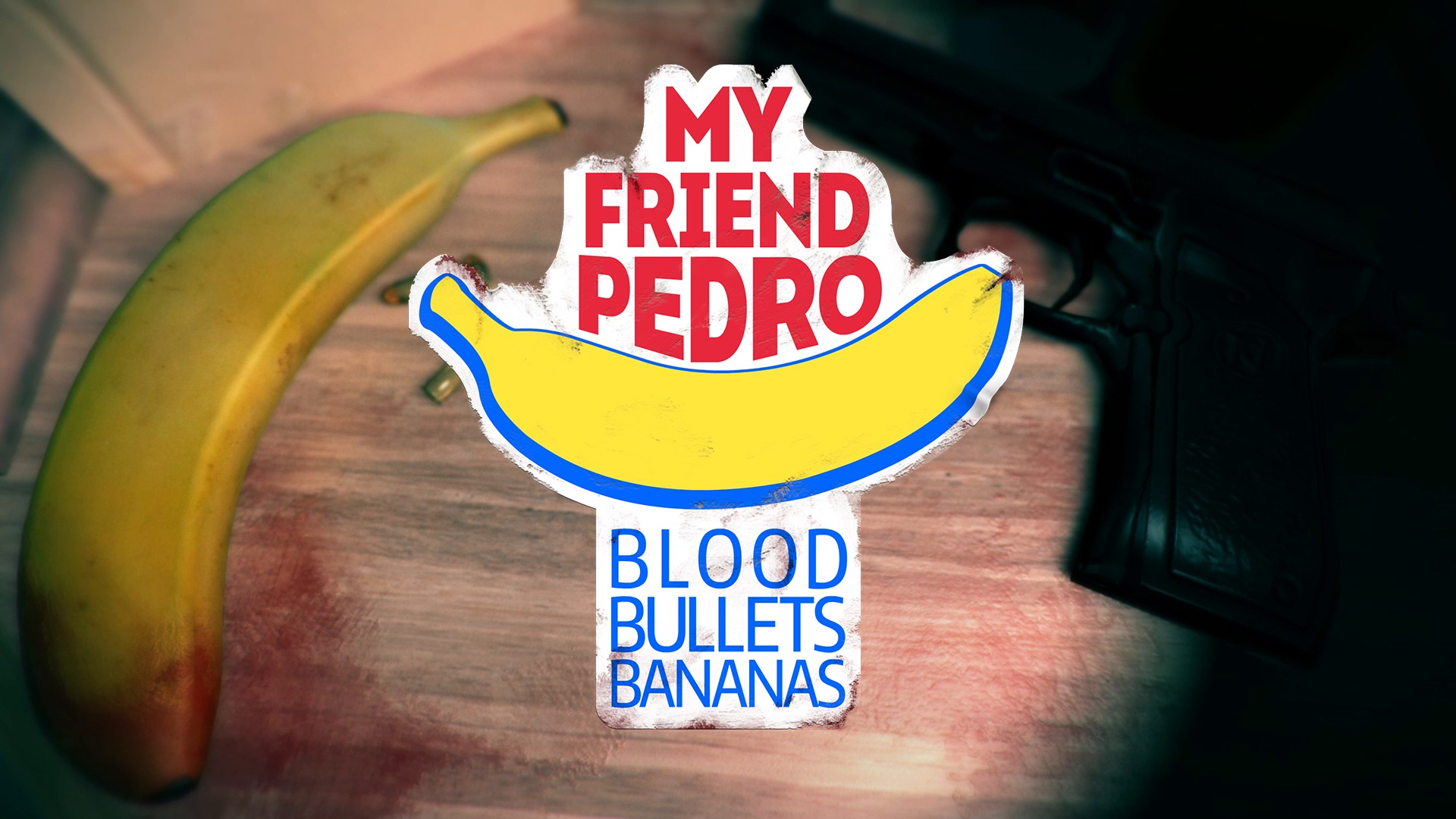 Readers, gamers and countryman, lend me your eyes. E3 session has finally gotten underway, but now that Monday has come, it is time for Miketendo64 to deliver on our promise. As part of our newest Theme Week, titled “#E3Week,” we said we were going to be doing things differently and out of everything we could have choose to focus on first, of course we had to choice My Friend Pedro.

Revealed during a conference by Devolver Digital, who can go quite out there when it comes to E3, out of 4 games revealed, 1 is coming to the Nintendo Switch and PC and its name is My Friend Pedro. Except, because this isn’t a news article, but a reaction article (think of it as a feature,) I actually get to be a little excited about it and trust me, after you see the video I’m sharing below, you’ll be interested in it to:

For a shooting game that takes an explosive take on ballet, My Friend Pedro, looks a lot like the love child of Bleed and Bayonetta, thanks to modern graphics and a Witch Time effect that opens up all kinds of possibilities. Bullets don’t just fly, they ricochet and below, is an official description for the title:

My Friend Pedro is a violent ballet about friendship, imagination, and one man’s struggle to obliterate anyone in his path at the behest of a sentient banana. No, you totally read that right. The strategic use of split aiming, slow motion, and the ol’ stylish window breach create one sensational action sequence after another in an explosive battle through a violent underworld. My Friend Pedro will launch on Nintendo Switch and PC in early 2019.

As someone who doesn’t own any non-Nintendo gaming platforms, My Friend Pedro is definitely one of my must-play titles for the Nintendo Switch, even if it is a 2019 game.  But, until the time comes to go bananas with the Deadtoast Entertainment game, I can promise you know we will happily be providing lots of news updates regarding it, over the coming months! But, as one piece of coverage ends, there’s plenty more of E3 goodness to get stuck into, starting with Fallout! But, because I don’t want to end it just yet, because Devolver did reveal 3 other games, a trailer and description to each one can be seen below. Happy reading:

Metal Wolf Chaos XD is a rearmed and modernized release of From Software’s legendary mech shooter Metal Wolf Chaos, previously release in 2004 as an Xbox exclusive only in Japan. For nearly 15 years, From Software fans have asked for an updated global release with their prayers finally answered in a collaboration between Devolver Digital, From Software, and General Arcade. Metal Wolf Chaos XD brings updated visuals, refined gameplay, and support for 16:9 4K displays to Xbox One, PlayStation 4, and PC later this year.

Gamepires in cooperation with Croteam, set to enter Steam Early Access this summer. Prisoners–turned-livestream contestants will struggle to survive against the elements, wildlife, and fellow contestants – both live and undead – in a strikingly rendered world. Hardcore survival gameplay is seamlessly mixed in with versus mode ‘network events’ put on by broadcaster TEC1 as players volunteer to enter ongoing clashes against one another in enclosed areas of the terrain in hopes of winning top tier loot and weapons.

Serious Sam 4: Planet Badass reignites the classic series on a brutally bigger scale and takes fans on a new adventure full of bullets, guts, and…one-liners. Croteam will be demoing the newest entry in their storied FPS series to media and partners during E3 with first-looks at gameplay all week.