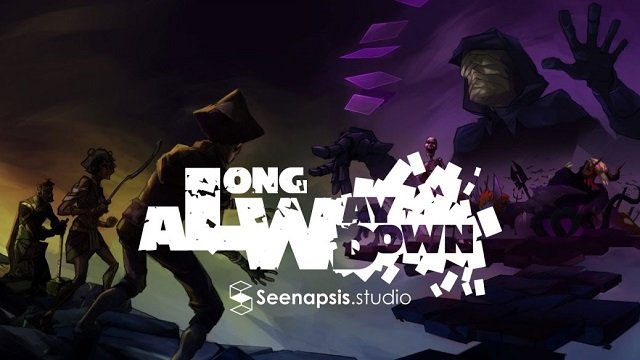 A Long Way Down Is Coming To Nintendo Switch

French Game Developers, Seenapsis have announced that their game A Long Way Down will be coming to Nintendo Switch and PC. The deck-building RPG roguelike has players assemble a party and use cards to fight, defend and build their way through dark mazes.

You can check out the press release along with teaser trailer below.

A Long Way Down Announced for PC and Switch

Thursday May 24 –  French developers Seenapsis today announced that their deck-building roguelite RPG A Long Way Down will be coming to PC (via Steam) and Nintendo Switch, and have released a teaser trailer to give players a first look at the game.

In A Long Way Down players will assemble a party and use their cards to survive, fight and build their way through a dark maze of monsters orchestrated by an evil mastermind. Hero or villain, their choices will lead them to judgement.

A blend of turn based card battler and a roguelike dungeon crawling RPG, A Long Way Down is a unique experience that draws inspiration from a long line of extraordinary indie games like Darkest Dungeon, Slay the Spire and Hand of Fate.