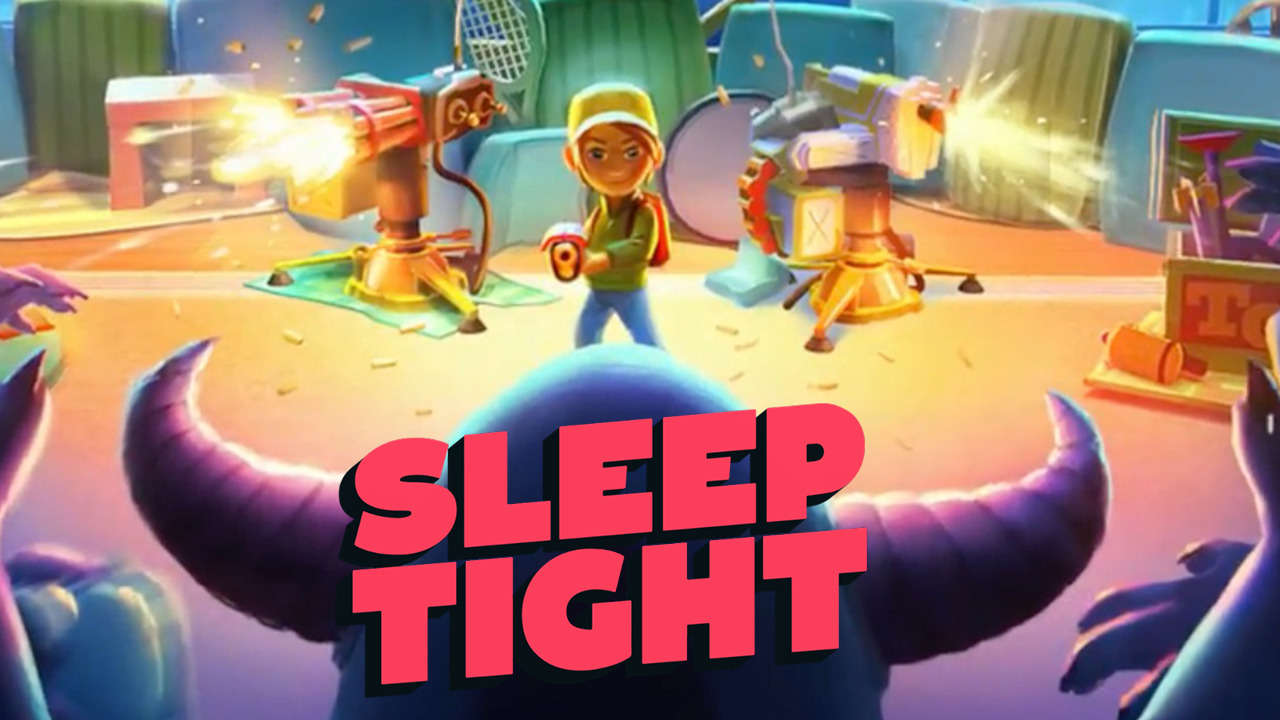 Prepare your bedroom from home invasions by monsters, We Are Fuzzy’s Sleep Tight has set it’s sights for the Nintendo Switch and PC. Sleep Tight is a Twin-Stick shooter with tower defense elements that hopes to invade your home on July 26th. You have to build your base and then defend it against the hordes of unfriendly invaders. You can upgrade your bases defenses as to better protect yourself from the ever increasing waves of enemies that attack you every time the sun goes down.

You can find out more information via the Press Release below.

LOS ANGELES – May 22, 2018 – Sleep Tight, the adrenaline-inducing arcade-style twin-stick shooter with base-building elements, will have a neighborhood full of playable characters when it releases on July 26 for Nintendo Switch and PC. The game will also feature Mixer functionality that allows viewers to interact with streamers during their broadcasts and participate in the experience in fun and exciting ways.
Created by a veteran team of Hollywood film artists and AAA game developers, including VFX artist Maxx Burman (Far Cry 5, Iron Man 3, Game of Thrones) Disney illustrator Dylan Ekren (Wreck It Ralph, Zootopia), and Ubisoft designer Oscar Mar (Far Cry 3, Tom Clancy’s Splinter Cell: Conviction, Rainbow Six Siege) Sleep Tight harnesses that talent to deliver an experience that will appeal to the kid in all of us.
In Sleep Tight, players choose between a cast of 12 kids whose bedrooms are assaulted every night by hordes of monsters pouring out from the dark corners of their homes. Using an array of toy weapons ranging from dart guns to water balloons, players hold the frightening creatures at bay until sunrise. Then they can cash in their piggy banks to build elaborate pillow forts, construct turrets, and buy various other upgrades that will better help them survive increasingly difficult evenings to come.
https://www.youtube.com/watch?v=4A1pVsiaFjY&feature=youtu.be

Each of Sleep Tight’s dozen heroes comes with their own exclusive ability and playstyle. For example, the trigger-happy Tommy starts each match with 500 darts and gets discounts on Weapon Skills, while the comic book fan Dexter has superpowers that give him discounted power-ups, and Rosie uses her building skills to engineer turrets that deal more damage and extra strong pillow fort walls. Every child has their own specialty that keeps the game fresh no matter how many midnight monster hunts players go on.
“Sleep Tight has been such a special project to work on,” said Maxx Burman, co-founder and creative director at We Are Fuzzy. “While our team has been lucky to work on so many amazing properties over the course of our careers, it’s been amazing to create such a warm, pure, nostalgic experience, and we look forward to sharing it with everyone when we launch this July.”