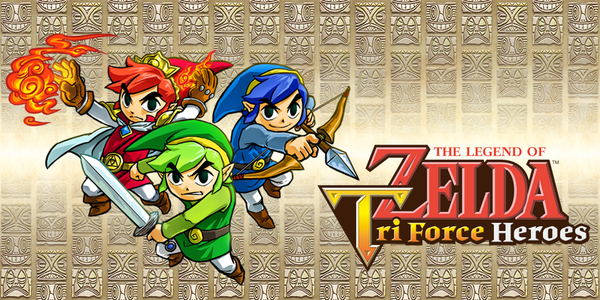 Breath of the Wild may have Lacked the Triforce, but a new Nintendo filed Triforce Trademark has appeared!

Is Princess Styla about to be cursed with bad fashion once again?

With so many hopes, dreams and rumours giving way to the belief that a new Zelda game could be revealed this year, (be it for Switch, 3DS or mobile,) a new trademark has appeared, to fan the flames and make the fire grow. Except, instead of being the usual Zelda trademark, or even The Legend of Zelda, the trademark Nintendo Co., Ltd. have applied for one by the name of Triforce, for “purposes including video game program (with all variations included such as home console and smartphone).” An image of trademark in its original form can be seen below:

Naturally, this trademark could apply to anything, including both a port of The Legend of Zelda: Tri Force Heroes, which released on the Nintendo 3DS in 2015, or even a sequel. (Don’t forget, when Grezzo put out their “Make a Legend” ad in 2014, both Majora’s Mask HD and Tri Force Heroes released in the following year, so the second ad of “Make a Legend 2” could apply to a Tri Force Heroes sequel, or even a Legend of Legacy sequel, as Grezzo released Legend of Legacy in January, 2015 for Nintendo 3DS.) Personally, I wouldn’t be opposed to a Tri Force Heroes sequel as a multiplayer Zelda game would be fantastic, just as long as it has a more Zelda typical story compared to the one we got with a cursed Princess by the name of Styla.

Whatever the case, with Zelda news often coming from E3 and the big gaming event set to take place less than a month from now, hopefully the reality behind the trademark, will be made known to us in June!


Categorised in: The Legend Of Zelda, News