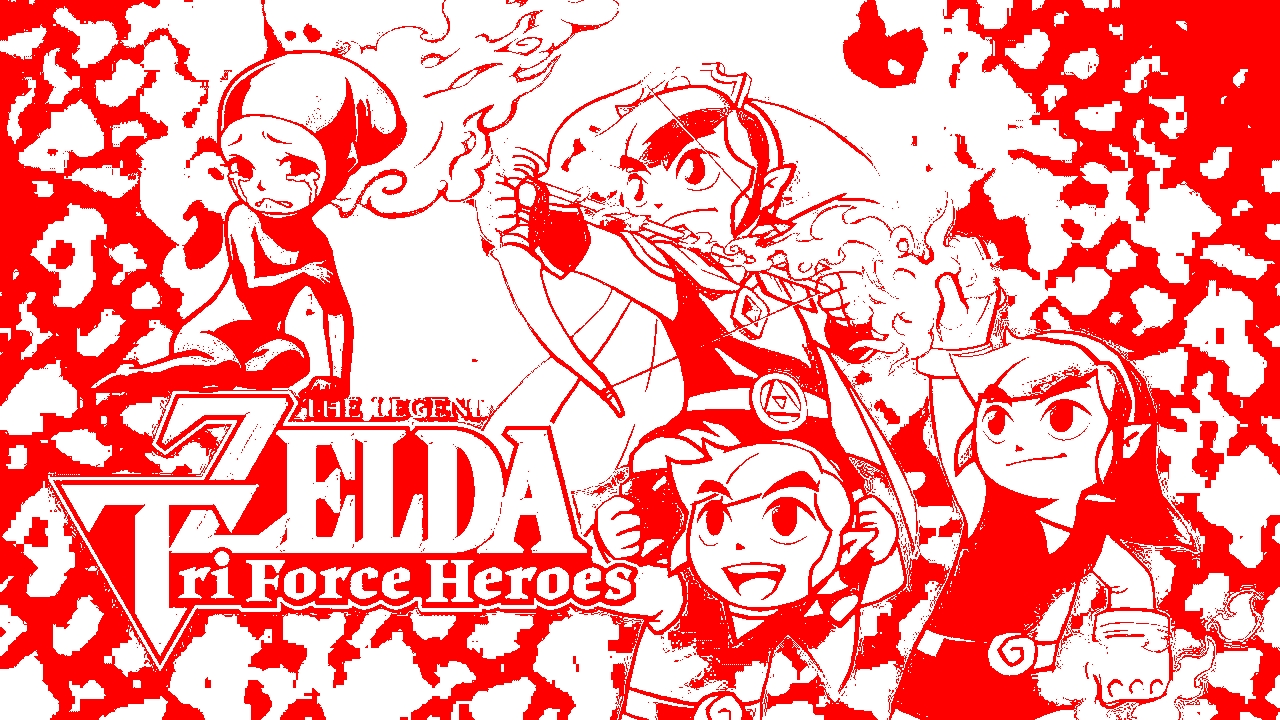 [Interview] Behind the Voice: Charlotte Ann (The Voice of Princess Styla)

There are many things that can make a video game memorable. From an exquisite story, to a compelling soundtrack, or even a lavish art style. But then there is the voice acting. Not every game might have voice acting, but there are many that do and it is a great way of giving life to the characters we get to play as and fall in love with.

This is Behind the Voice, a series of interviews where we chat to stellar voice actors and hear things from their side of the fence. In previous instalments, we have heard from the wonderful Brianna Knickerbocker and the very electrifying Kaiji Tang, but today’s guest is someone rather special indeed. Patricia Summersett did a fantastic job at bringing Princess Zelda to life in          The Legend of Zelda: Breath of the Wild, but she’s not the only Zelda Princess to be revealed to have a voice as Princess Styla was rather talkative in her tell-all trailer for Tri Force Heroes. So, with that thought in mind, this is our interview with Charlotte Ann, the voice of The Legend of Zelda’s Princess Styla:

In typical interview fashion, would you be so kind to introduce yourself to our readers and tell us a bit about yourself and your background?

A Voiceover Artist is Born:

Miketendo64: From musicals, to stage and voice acting, you’re definitely not keeping all of your eggs in one basket, but what first lead you to voice acting in the first place?

Charlotte Ann: This is kind of a funny story.  When it was time to choose a high school, I could go to the public high school, the advanced science and math high school, or the arts high school – Fort Hayes.  After touring all three, I just really wanted to go to public school with the rest of my friends.  At 13 years old it seemed like a terrible idea to go to a different school than everyone I hung out with. But…my Mom convinced me to just go see the production of Guys and Dolls at Fort Hayes and I fell in love.  It was so professional and I was SO impressed.  So, unlike most kids, my Mom pushed me into the arts.

From there I concentrated on theatre and vocal and instrumental music in high school (I sing and play the trumpet as well).  I knew when I was applying to college that I wanted to be an actress and I ended up at USC.  After graduation, I did the on-screen thing for a while but it just wasn’t for me.  I thought I was going to leave the entertainment business but instead thought back to my college commercial acting class, where we’d had one day of voiceover lessons, and I enrolled in another voiceover class…and another, and another…..

Miketendo64: Although not your first video game role, Double & Sister Agatha for Skull Girls, was your second one. What first interested you in the project and what did you make of the process, compared to your previous role of Susan for True Love?

Charlotte Ann: At the time of Skullgirls, I was working in a day job as the Program Manager for USC’s Interactive Media program, and working as a voiceover artist at night and on the weekends.  Vince Diamante, the audio director for Skullgirls, was teaching at USC in my program and when the role of Double came up, he approached me and asked me if I’d be interested.  My initial process was different than the other characters because Double was created later in the process.  Vince actually came over to my home studio and we hammered out the character.  Later on, when more recording for Double came up, it was a more normal process with me going into the studio and working with voice director Cristina Vee.

A New Zelda Princess is Born!:

Miketendo64: Fast forward a couple of years from 2012, although E6’s 2016 stunned Zelda fans due to the reveal of voice acting in a Zelda game, Princess Zelda wasn’t the first Zelda princess we heard speak this decade. In fact, the first Princess, was Tri Force Heroes’ Princess Styla, who had a lot to say in her Tell-All trailer at E3. What was it like to be able to be given the chance of voicing such a character, for the first time as the main series/canon games are concerned? (Previous voice acting includes Hyrule Warriors, the Philips CD-i Zelda games that fans choose to ignore and the Zelda TV series.)

Charlotte Ann: This was such an amazing honour. Of course, as a kid of the Nintendo era, I know what a huge deal Zelda is and to be given the opportunity to voices a Princess in the series?!  Unreal.  I definitely freaked out about it when I found out I was cast.

No time at all:

Miketendo64: Given the particular dilemma Princess Styla is faced with (cursed with bad fashion,) from the time of first auditioning for the game, to securing the role and recording lines, how long was it before you found out you would be voicing a character in a trailer for a Zelda game?

Charlotte Ann: It really wasn’t that long.  From audition to recording day, I’d say it was about a week, I think.  Voice acting can move very fast.

Princess Styla in the Eyes of the Beholder:

Miketendo64: The beauty of characters in books, films and video games, is the fact readers, viewers, writers and actors, can see those characters, in a far different light to others. So, as the voice of Styla, what kind of a person would you say she is, and other than a debut in an epic game, what does Styla mean to you?

Charlotte Ann: For me, Styla is the kind of girl who has a twinkle in her eye and a devilish grin.  She’s funny and sweet, and has a good heart.  She doesn’t understand how anyone could hurt another person – she captures spiders and puts them outside.

Miketendo64: How much would you say yours and Styla’s personality differs? Are you peas in a pod, or opposite sides of the same coin?

Charlotte Ann: Oh, I’m definitely not the stylish girl that Styla is.  I’m much more of a tomboy when it comes to the way I dress.  But…I do have a girly side and I think if Styla and I were friends we’d have slumber parties at the castle where we ate Haagen-Dazs and did face masks.

Miketendo64: Due to the fact Styla is clearly not Zelda, was there any disappointment about not being able to voice the iconic Princess Zelda yourself?

Charlotte Ann: No. While that would have been very cool, I love the character of Styla.  Since she was unknown, I was really able to bring my own ideas about her to the table and there was less pressure.  Voicing any Nintendo Princess is a dream come true, Zelda or Styla.

Miketendo64: With The Legend of Zelda: Breath of the Wild having released last year, have you checked it out for yourself and had the time to see Patricia Summersett’s performance? If so, what did you make of her Zelda and having another actress in the “Zelda Princess voice actress club?”

Charlotte Ann: Patricia did an awesome job and it feels like she really embodied what I personally had imagined for Zelda.  Bravo to her!  The more Princesses the merrier I say, haha!

Miketendo64: One last Styla question before moving on, with the game having been out since October, 2015. When out and about, have you ever been noticed as Styla by a Zelda fan? If so, how did it go?

Charlotte Ann: Haha, nope!  I feel like it’s pretty rare that someone recognizes a voice actor.  But, I’m always happy to meet fans of my work.

Miketendo64: Additionally, are you much of a gamer and Zelda fan yourself?

Charlotte Ann: I’ll be honest and say that these days, I’m not much of a gamer.  I played the original Mario Bros. series when I was young and always loved that.  These days, I play some quick games here and there like Rocket League and Hearthstone but my days don’t always allow for lots of game playing.

Miketendo64: If we may, let’s talk a bit about you. What do you like to relax when not working and what are your hobbies?

Charlotte Ann: My Husband and I are big travellers.  We’ve been to a ton of cool countries and try to take a big trip at least once every other year.  We also scuba dive and try to go a few times a year here in Southern California.  I sing with the Angel City Chorale (we’re actually competing on America’s Got Talent this (2018) summer) and that keeps me pretty busy.  I also have a super sweet pup named Piper and I enjoying taking her to the beach, on car rides, and throwing her favourite stuffed avocado around with her.

Miketendo64: Among your skills, playing the trumpet is one of them? At what age did you start to learn and is there anything in particular, you like to play?

Charlotte Ann: I began playing the trumpet in 5th grade and continued playing at my arts high school (eventually earning the coveted first chair).  I didn’t get to play much in college but I’ve played for my choir a bit since then.  I mostly enjoy playing classical music.  Holst’s Mars is one of my favourite pieces.

All the World’s a Stage:

Miketendo64: As an actress no stranger to the stage and musicals, what has been your favourite role to play?

Charlotte Ann: Ooohhhh…good question!  Hmmm…there are so many great things about each role I’ve held but I really enjoyed playing Molly Ralston in Agatha Christie’s Mousetrap.  I got to do a British accent for that one and had a great summer pretending to be quite posh.  I also performed in The Yellow Boat during the Fringe Festival in Scotland and that was an amazing experience.  I loved getting to travel with my theatre troupe and introduce the show to audiences from all over the world.

Charlotte Ann: I loved my time at USC and met amazing actors there who have gone on to do great things.  I think the most important lesson from college is to be open to change.  You may think your life is going to take one path and it may take a totally different, but even better, one.

Charlotte Ann: I’m so lucky to get to work in this industry and have the career that I do.  I don’t take it for granted and I appreciate every fan and supporter I meet.  Thank you for allowing me to be a part of your world.

Charlotte, as a very busy and talented actress and performer, we thank you for taking the time to answer our questions. As gamers and scuba divers ourselves, we wish you the best of luck with your future endeavours and may you some fantastic encounters with your future dips into the blue.


Categorised in: Behind the Voice, Feature, Interview, Nintendo, The Legend Of Zelda