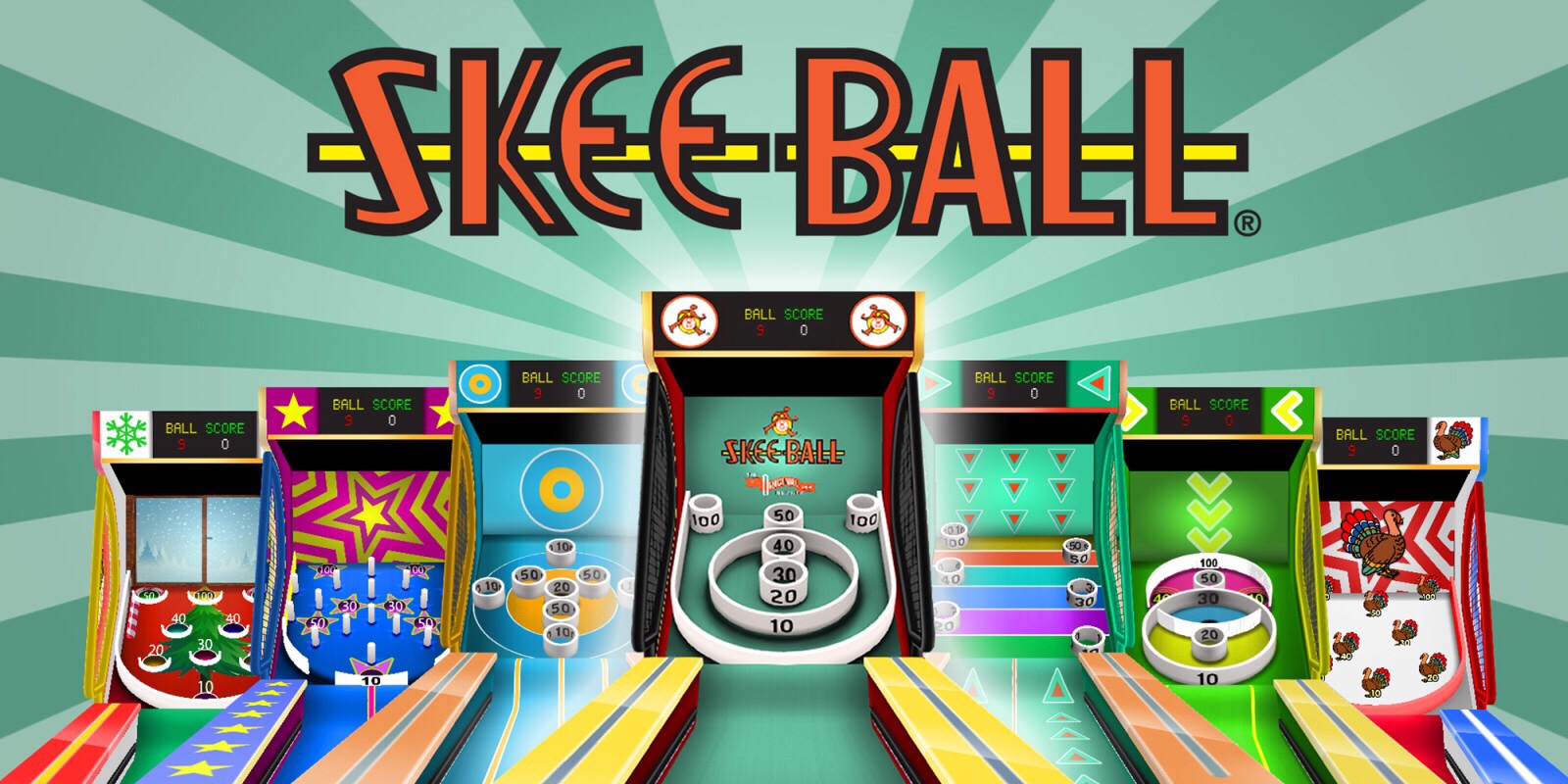 Have you ever played the classic game of Skee-Ball in your local arcade? A classic for many is now available on the Nintendo Switch, but is it any good?

Ocean Media, the publisher and developer behind this title are pretty new to the Nintendo Switch scene. Having only released          Skee-Ball & Zotrix Solar Division. Like the arcade game, Skee-Ball has you throwing the ball across a lane to score a high score! You start out with a standard ball but as you level up and earn tickets you earn the ability to unlock more. These balls range from giving you special bonuses (like 2x on points scored) to cool cosmetic skins. The game will also allow you to purchase additional modes and allows you to change up the design of your lane. Furthermore, the game offers different challenges while playing that’ll also help you earn more tickets.

Now let’s take a look at the various game modes that can be unlocked for Skee-Ball. Along with Classic, the game allows you to unlock seven additional game modes each costing you 750 tickets. All game modes will really put your Skee-Ball skills to the limit!

Call Your Shot: Follow a presented sequence and try to score as much as you can.

Horse: Score the presented sequence and spell the word Horse.

Hangman: Save the hangman by following the presented sequence.

Countdown: Start with 1000 points and run the score down to 0 from scoring shots.

Wipeout: Hit each given target on the board at least once.

Tickets can also be redeemed for bonus balls that give you a multiplier on your score. Want to play along with some friends? Skee-Ball includes an additional multiplayer mode! You can even battle it out for a spot on the in-game leaderboard if you receive a high score.

Regarding the Visuals and Soundtrack, there wasn’t much to be seen regarding these two aspects. The visuals were pretty basic for this type of game, but did give off the aesthetic that you are in a real-life arcade. The different skins for the balls and lanes were cool and did offer a unique take. The soundtrack only ever played one tune in the background along with a sound effect when the ball was scored in a hole.

Did I have fun with it? I did but I’d be lying if I said this game had no flaws. Even with all the methods to earn tickets the game did feel more like a chore than a pleasant experience. Many of the unlockables needed 100’s of tickets and each game you played only often reward you with 5-10 tickets. What would I have changed? I’d probably increase the number of tickets given per game or adjust the amount needed to redeem for things like the extra game modes. Having the classic mode did get repetitive after a time while trying to unlock another game mode. Additional music tracks and background tunes would have been welcomed as well.

Is Skee-Ball for Nintendo Switch just like the classic arcade game? It most definitely is! If you’re a fan of this arcade classic looking to have it for easy on the go play then look no further. The redemption and earning tickets felt like a chore to me, but it may not feel that way too you. The game did offer some cool features like online leaderboards, local multiplayer, and more.