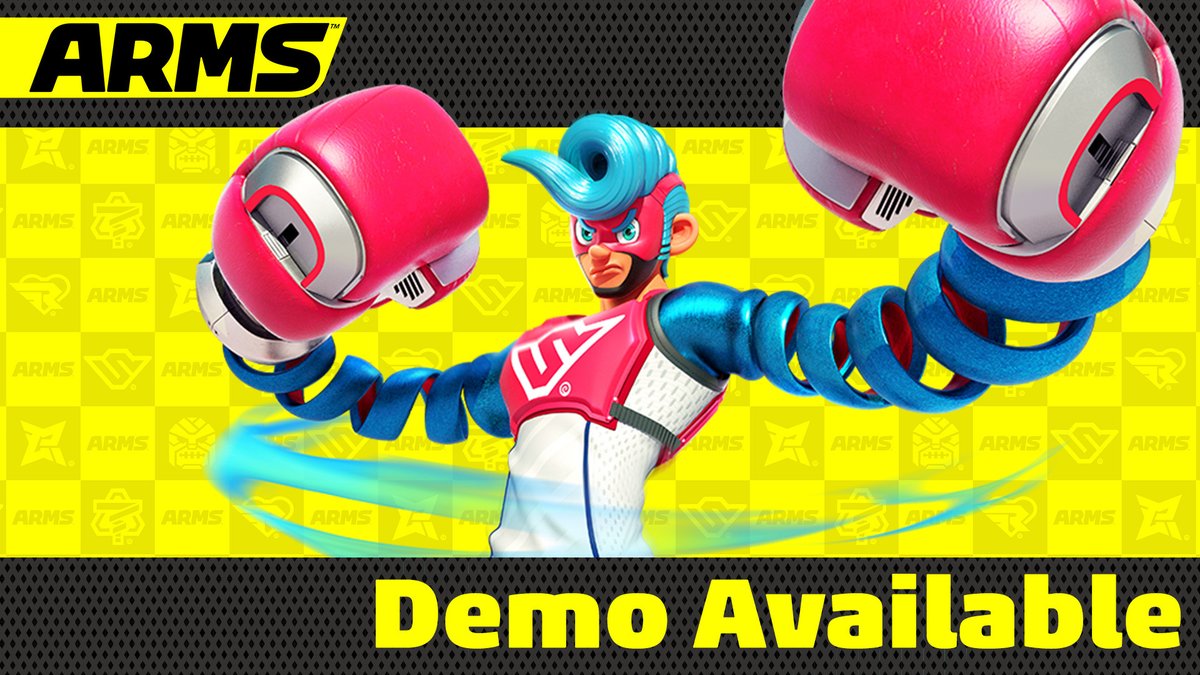 Wrap your arms around it

Previously, Nintendo had offered the ARMS Test-punch as a way that players could try out the game, but it was only restricted to specific days for it to be played. Now, Nintendo announced that a new “sparring” demo has been made available which allows you to play the game in Offline mode so you can learn the basics by playing in 1 or 2 player mode.

The characters that are available on this mode are the following:

You will also be able to browse the Badges and Gallery, as well as see the Dashboard and help menu.  Even though it doesn’t give you access to online or local co-op with two Nintendo Switch units, it will help you to dip your hands on the game, and hopefully decide to pick it up.