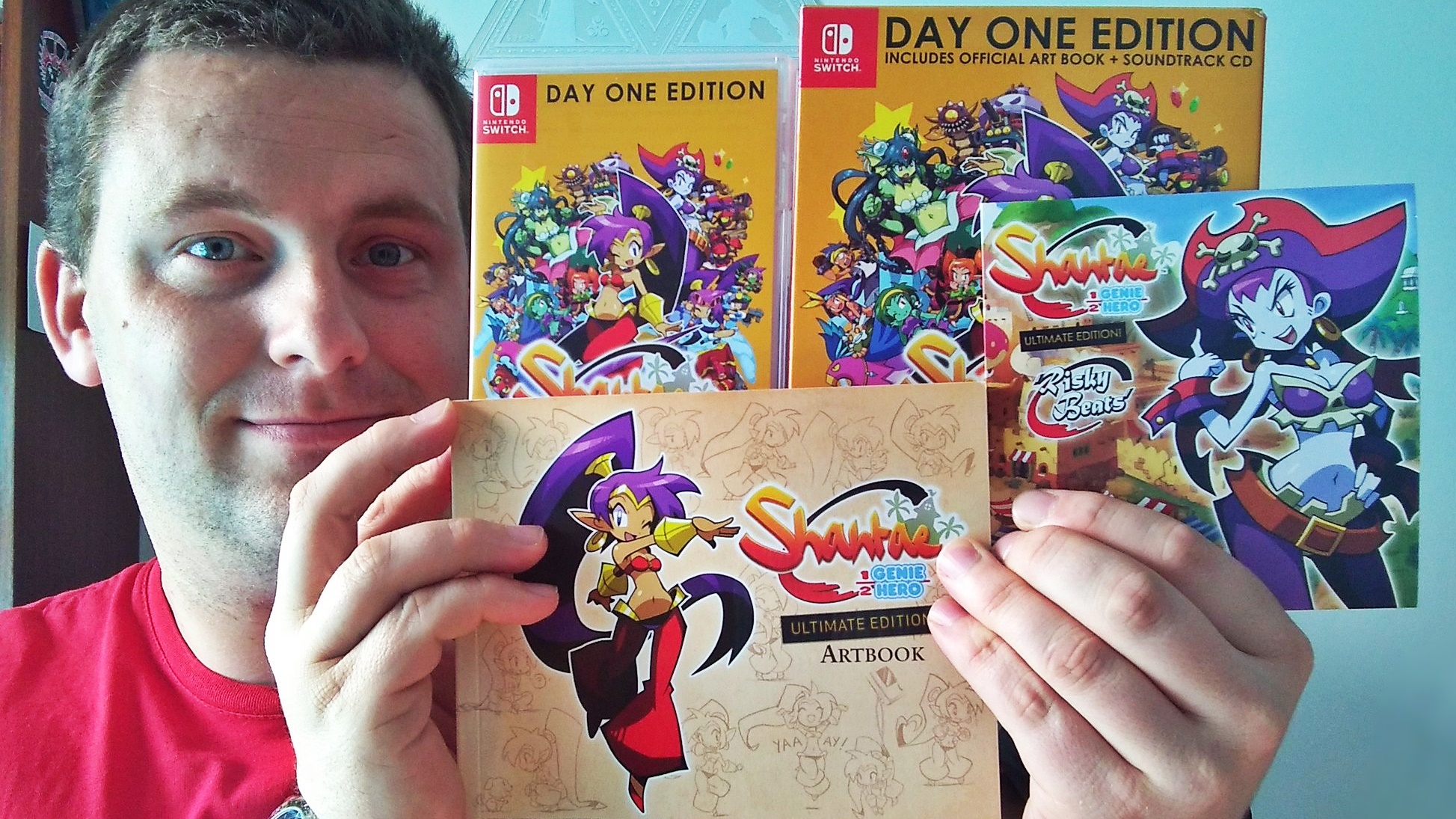 The US may have to wait before until May 8th before the Shantae: Half-Genie Hero Day One Edition (now there’s a mouthful) is available to the masses, both physically and digitally. Europe on the other hand, has already seen physical release in some areas. The digital version, known as the “Ultimate Edition” is still slated for May 8th in Europe as well.

So without further ado, allow me to present you with our Unboxing video for the Shantae: Half-Genie Hero Day One Edition. We take a look through the Artbook, the CD and the extra features on the physical cartridge.