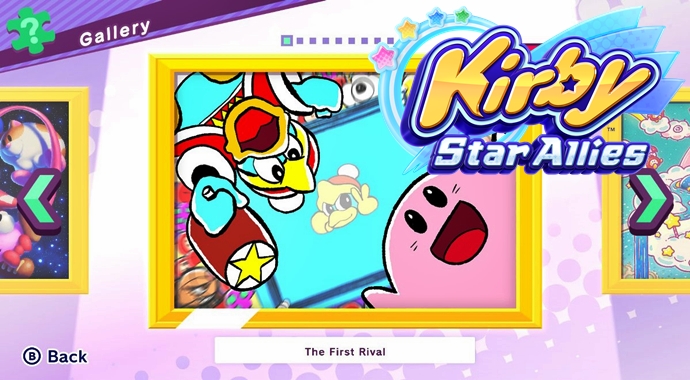 Whether you watched a video or two, read a review, or just bit the bullet and picked up Kirby Star Allies, there’s a good chance you know about Celebration Pictures. Illustrations depicting moments and characters from previous titles, which require the collection of Special Picture Pieces and regular Picture Pieces to fill them in.

Only, it’s not July anymore, it’s November 30, 2018 and Kirby Star Allies has just sustained its final dose of free content and once again, a further trio of Celebration Pictures have been added and available via the usual means, with a further three pictures requiring players to meet certain conditions. So, while we attempt to earn those pictures for ourselves, here is our dedicated gallery to 15 Celebration Pictures that we have earned so far in Kirby Star Allies:

Should any further Celebration Pictures be added to Kirby Star Allies in the coming months, we’ll once again be sure to add include them. Thanks for viewing!