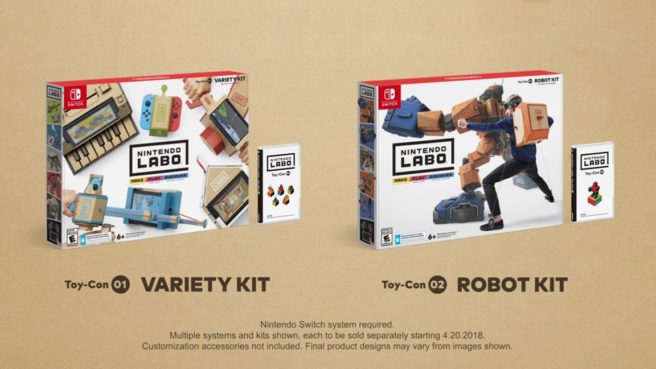 Do you want to know more about Nintendo Labo and the Toy-Con Garage mode? The Sofware that comes with Nintendo Labo includes this mode which, allows users to tweak the programming of their creations. Nintendo has uploaded a video to their Nintendo Labo YouTube Channel that gives new details on this mode.

You can find the video below the official Press Release:

Nintendo Labo is a new line of interactive make, play and discover experiences. It is designed to inspire creative minds and playful hearts alike. You can make fun DIY creations by using the tool kits provided with Nintendo Labo. Play games with your creations, and discover how Nintendo Switch technology shapes ideas into reality.**

Nintendo Labo launches in Europe on 27th April with two kits: the Variety Kit and the Robot Kit. Both kits include everything you need to bring your Toy-Con to life. This includes the building materials and relevant Nintendo Switch software.

You can find other videos on Nintendo Labo here.