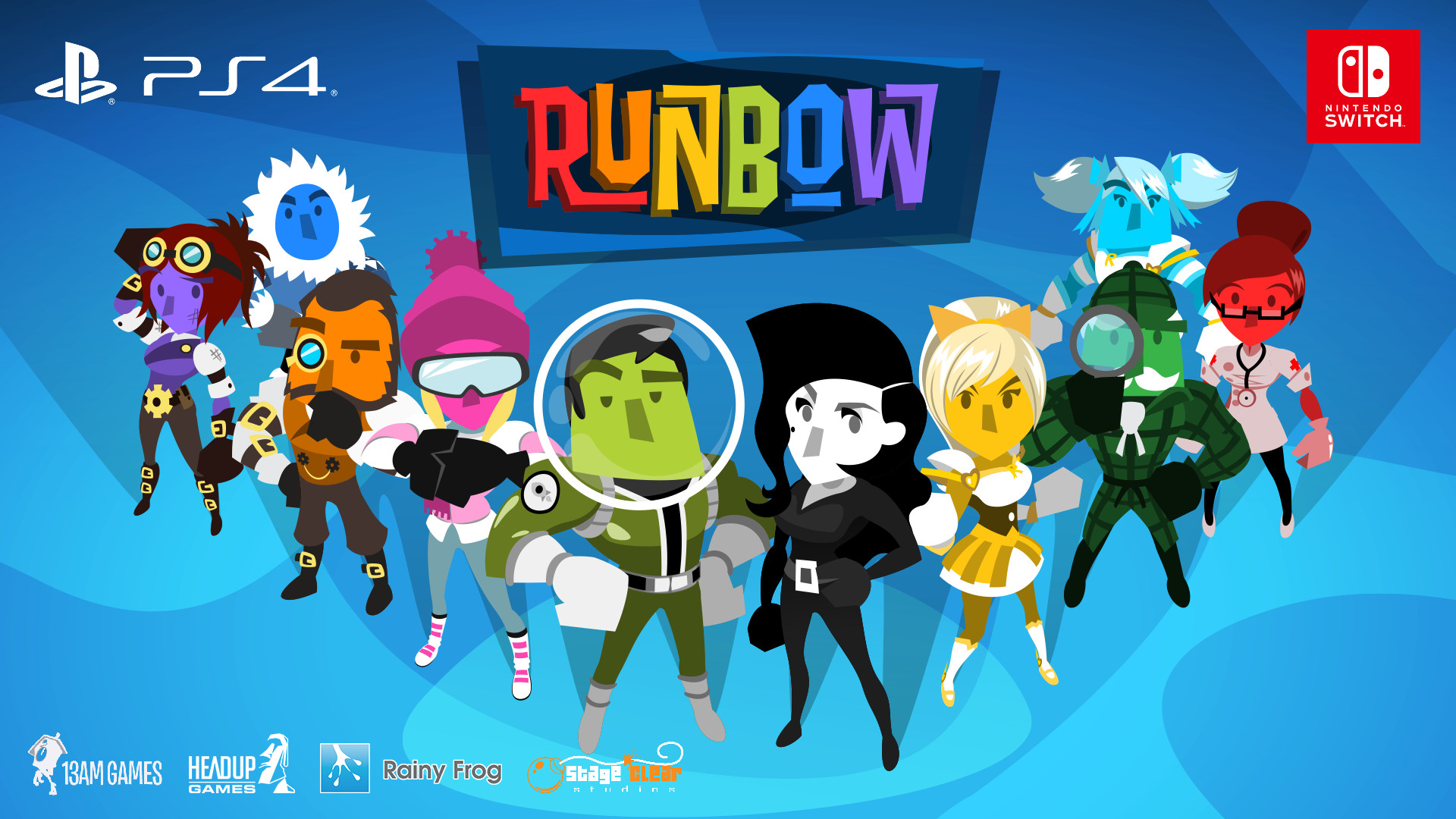 Although we’ve known for a long time that Runbow is coming to Switch, what we didn’t know, is when. Well, thanks to a new press release, Runbow will launch on April 24. Except, it’s not the only planned release.

13AM Games and Headup Games have further revealed that Pop Pirate Plus, is Switch bound as well. The Dadako title will also release in April and there’s even a tease of a third game as well. The official announcement can be seen here:

Get ready to Runbow! Heading for Nintendo Switch and PlayStation4!:

Either digitally on April 24 or wait for the retail “Deluxe Edition”, coming June 14, with nice swag included.

The game will also be hitting retail a bit later on June 14 as a “Deluxe Edition” including all DLCs and nice physical goodies to be announced at a later stage because… well, just to make it more interesting.

Runbow features an eye-catching color mechanic that has racers brawl amongst each other while objects and platforms appear or disappear based on the continually changing background color. All multiplayer modes can be played by up to 9 players simultaneously online, while it features 8-player local multiplayer madness on Nintendo Switch as well as 4 player local chaos on PlayStation™4. Besides that, the game features a bevy of content in its single-player modes that will test the skills and minds of any seasoned platformer.

… But wait! There’s more! 13AM Games and Dadako are bringing the delightfully retro Pirate Pop Plus to Nintendo Switch so you can decorate your virtual Pocket Game on the go! Featuring a host of chiptune music, customization options, and addictive arcade action, Pirate Pop Plus is the perfect portable popping pastime! 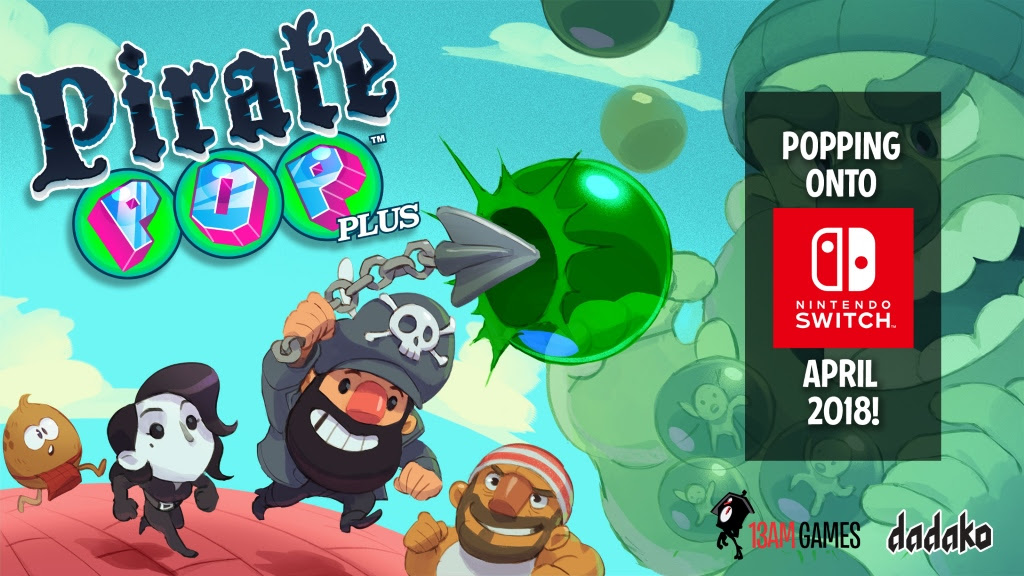 Oh, and one more thing… We’re receiving a strange signal from another dimension! It appears that 13AM Games and Graffiti Games have delivered this cryptic image… What could it mean? 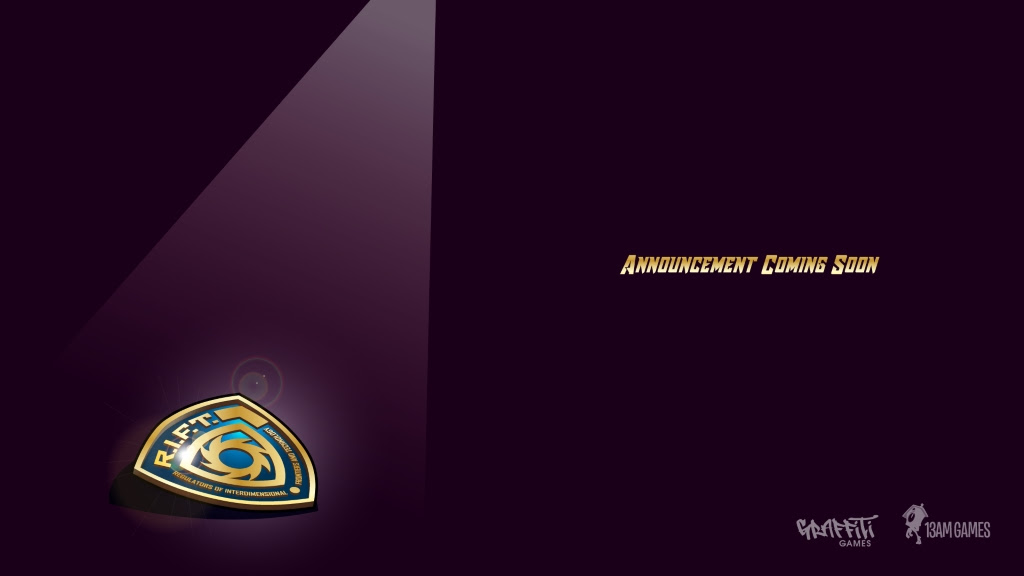 After initially launching on Wii U, Runbow quickly rose through the ranks to become a highly-ranked Wii U game, and garnered overwhelming praise from both media and players. In addition to frantic, humorous gameplay of its own, Runbow features 19 guest characters from some of the biggest indie titles, including Guacamelee!, Shovel Knight and Steamworld Dig.

“Runbow was a must-have on the Wii U and we think it will also become a favorite among PlayStation™ gamers,” said Alex Rushdy, Co-Founder of 13AM Games. “Thanks to Headup Games we’re able to bring Runbow’s hilarious brawling and racing action to the PlayStation™4, where players can tackle challenges on their own or against friends and others worldwide via local and online multiplayer.”

In Runbow players can sprint against each other in classic “Run” mode, battle to the death in “Arena,” or try a colorful take on the multiplayer classic “King of the Hill.” In addition to these, the game features more than 140 levels in “Adventure,” and “Bowhemoth,” a single, uninterrupted platforming challenge that will test even the best platform gamers.

Runbow, and all its multiplayer madness, is coming to Nintendo Switch and PlayStation®4! The world of Runbow changes with each swipe of the background, so you’ll have to stay on your toes as platforms and obstacles disappear – If you can’t see something, it doesn’t exist. Fast, frantic, and fun for up to nine players, Runbow is filled with tons of modes and content to keep you running back for more.

With nine-player online madness of with up to eight players locally and nine players online, five game modes, 19 guest characters, hundreds of levels, and tons of more content all in one unforgettable colorful game, this is the crazy, colour-based platformer you’ve been waiting for! Get ready to Runbow! 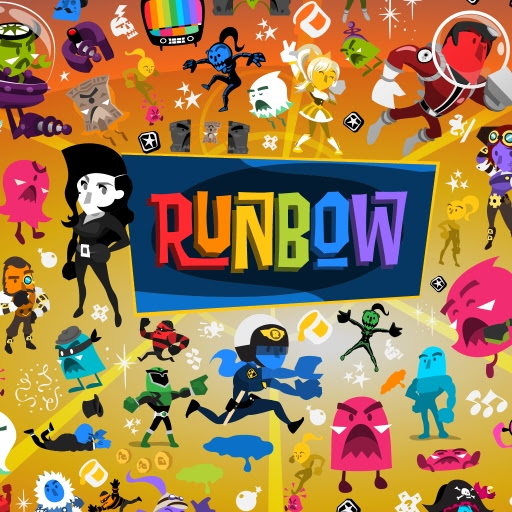