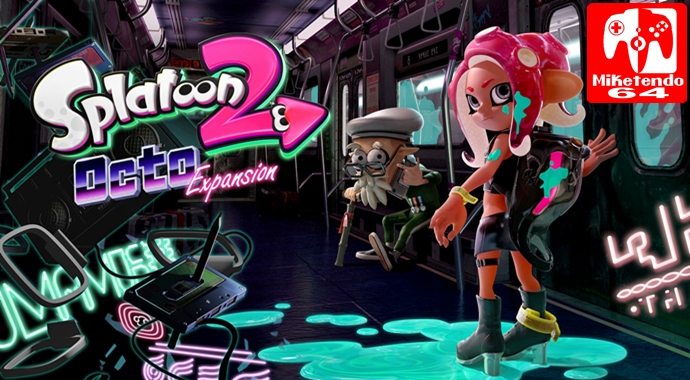 If you watched the Nintendo Direct today, there’s a good chance you’ve heard the good news about Splatoon 2, well the news is not quite over as the Squid Lab has stepped in to provide a couple more details, and they are eye opening, so here they all are:

Breaking News from the latest Nintendo Direct! The first paid DLC is coming to Splatoon 2 this summer. Players will take on the role of an Octoling for the very first time in this large-scale downloadable content! This full-on single-player adventure spans 80 missions starring Agent 8, a new character who awakens without her memories on a dark subway platform. Navigate this mysterious underground test facility in a desperate battle to reach the surface of Inkopolis. Escape from these twisted depths, and it seems you’ll finally be able to join multiplayer matches as an Octoling! How is this possible!? Does this mean we now need an Octopus Research branch too?

In addition to paid DLC, the Nintendo Direct presentation also included details on a major free update (Version 3.0) coming late April that will bring 100+ new pieces of gear, more stages rolling out throughout spring (Piranha Pit, Camp Triggerfish and Wahoo World) and a new rank (Rank X). Rank X appears to be an extreme rank, even higher than S+.

Off The Hook amiibo Launch Date:

Last month we shared news that ‘Off the Hook’ amiibo figures will launch in stores exclusively as part of a 2-pack later this year. Today, we can confirm that the Pearl & Marina amiibo 2-Pack will make its debut on July 13.

Lastly, we also have a video dedicated to what was shown in the Direct, which you can see for yourself, here if you missed it: