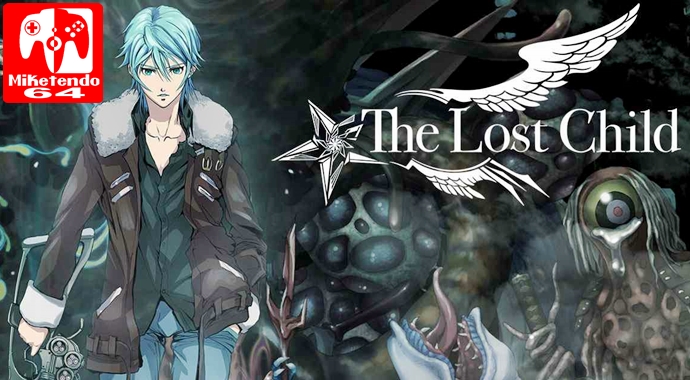 Much like how NIS America announced that God Wars: The Complete Legend, is coming to Nintendo Switch, so is The Lost Child and we’ve got the official announcement right here:

THE LOST CHILD FINDS ITS WAY TO NINTENDO SWITCH™ IN NORTH AMERICA AND EUROPE IN 2018:

Santa Ana, CA (February 20, 2018) – NIS America is happy to announce that The Lost Child will be available on Nintendo Switch™ in Summer 2018 for North America and Europe as a physical and digital release alongside the PS4 and PS Vita release.

Hayato Ibuki, a journalist for an occult magazine, was investigating the mysterious suicides that were taking place in Shinjuku station. During his investigations, a black shadow pushes Hayato onto the tracks. A beautiful, mysterious girl, Balucia, saves Hayato at the last moment and gives him a large case… And thus, Hayato’s new life begins.

Inside the case is the demon gun, Gangour, which is a tool that can capture and use demons. Hayato uses its power to turn demons into allies.

With the Gangour in hand, and accompanied by the self-proclaimed angel Lua; the supposed chosen one, Hayato, travels all over the country to investigate mysteries and search for that beautiful mystery woman. And while he’s at it, he gets caught between the ambitions of the dark rulers and the expectations of the angels…