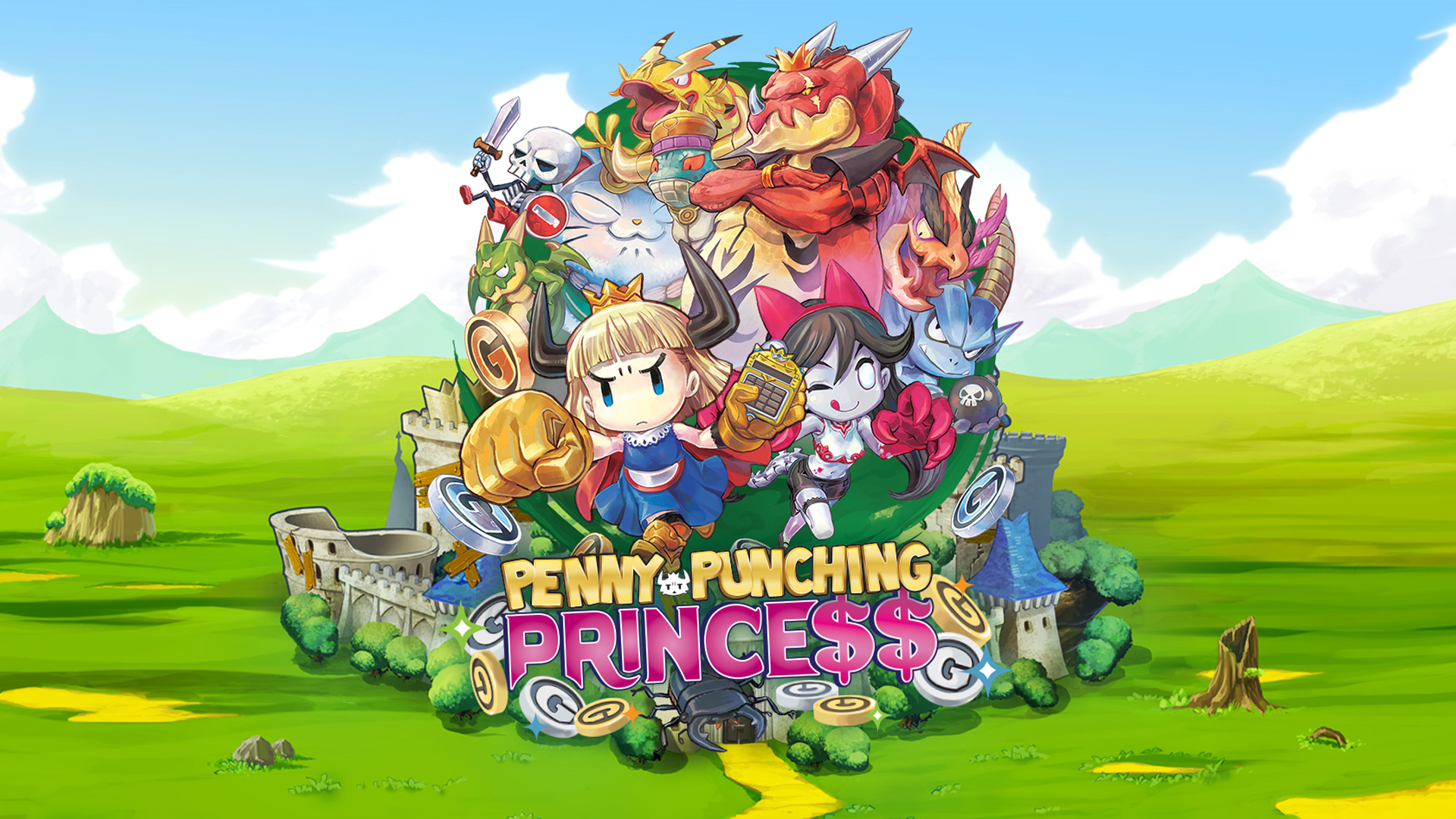 With February 9th of 2018 finally here, the NIS America Press event can get underway. Not everything they had to share was Switch related, or even new game related, but new trailers were shared and fact sheets were made available and in this post, the latter concerns Penny-Punching Princess, which is coming to Switch March 30th for Europe and April 4th for North America:

PENNY-PUNCHING PRINCESS HEADED TO NORTH AMERICA IN APRIL AND EUROPE IN MARCH:

Santa Ana, CA (February 9, 2018) – NIS America announced at their annual press event in San Francisco that Penny-Punching Princess will arrive for the Nintendo Switch™ and PlayStation®Vita (digital) on April 4, 2018 in North America and Europe on March 30, 2018.

You best believe I’m in love with money, hun! Play as Princess, the main protagonist in this isometric brawler, who loses her family and overall rule of the land from the evil Dragonloan family. Regain Princess’s kingdom as she punches, traps, and bribes her way to victory. Meet a colorful cast, including a zombie freeloader, Isabella, and find out the real truths about her father, the almighty Money God, and how her surroundings became a capitalist society.

In a world ruled by capitalism, cash is king! Use the money you gather to bribe enemies to fight for you, activate deadly traps with your dough, and when all else fails, smash all that stand against you with your fists! Fight your way from nothing and amass treasures to take on the mighty Dragoloan family and reclaim your kingdom!

To learn more, visit: http://nisamerica.com/games/penny-punching-princess/  You can find the full Fact Sheet here.