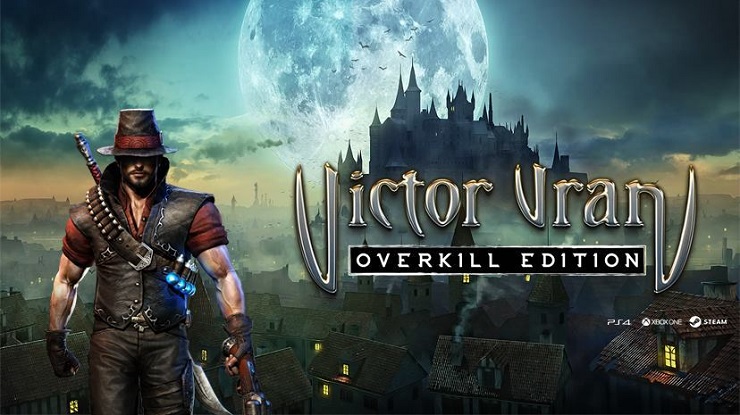 Today is just full of announcements and we are not done yet. If you like plowing through hordes of the undead and viscious monsters from hell in an Action RPG setting, then buckle up buddy as Victor Vran: Overkill Edition is heading to the Nintendo Switch. Haemimont Games has partnered up with Wired Productions to bring it to the Switch this Summer featuring Fractured Worlds and Motörhead: Through the Ages. It will be seeing both physical and digital release with an SRP of £34.99/€39.99/$39.99.

Here is the Press Release Below:

In Victor Vran: Overkill Edition players and fans can experience the original all-action game in full, alongside the ethereal Fractured Worlds – a challenging and empowering new chapter in the story of Victor Vran, and Motörhead: Through the Ages – a wild tour through the mythos, music and attitude of the loudest band in the world.

“Victor Vran: Overkill Edition will be the first game of its kind to arrive on the Nintendo Switch,” said Leo Zullo, Managing Director at Wired Productions, “A masterpiece both technically and in its gameplay, Haemimont Games’ classic RPG will be a must-have addition for Switch owners around the world.”

“Victor Vran has taken us on an incredible journey,” said Gabriel Dobrev, CEO at Haemimont Games. “From working with Motörhead to seeing so many players love the game as we have has been a real privilege – we’re excited for Victor’s next strides onto the Switch platform.”

Victor Vran is an award-winning, isometric action RPG that encourages players to venture and vanquish to their liking. Players can forge their own personal version of Victor by utilizing a vast array of powerful weapons, game-changing outfits, and wicked, spell-like demon powers. Take on waves of demons and clever boss monsters alone, on the couch alongside an ally, or online as a team of four – and emerge victorious.