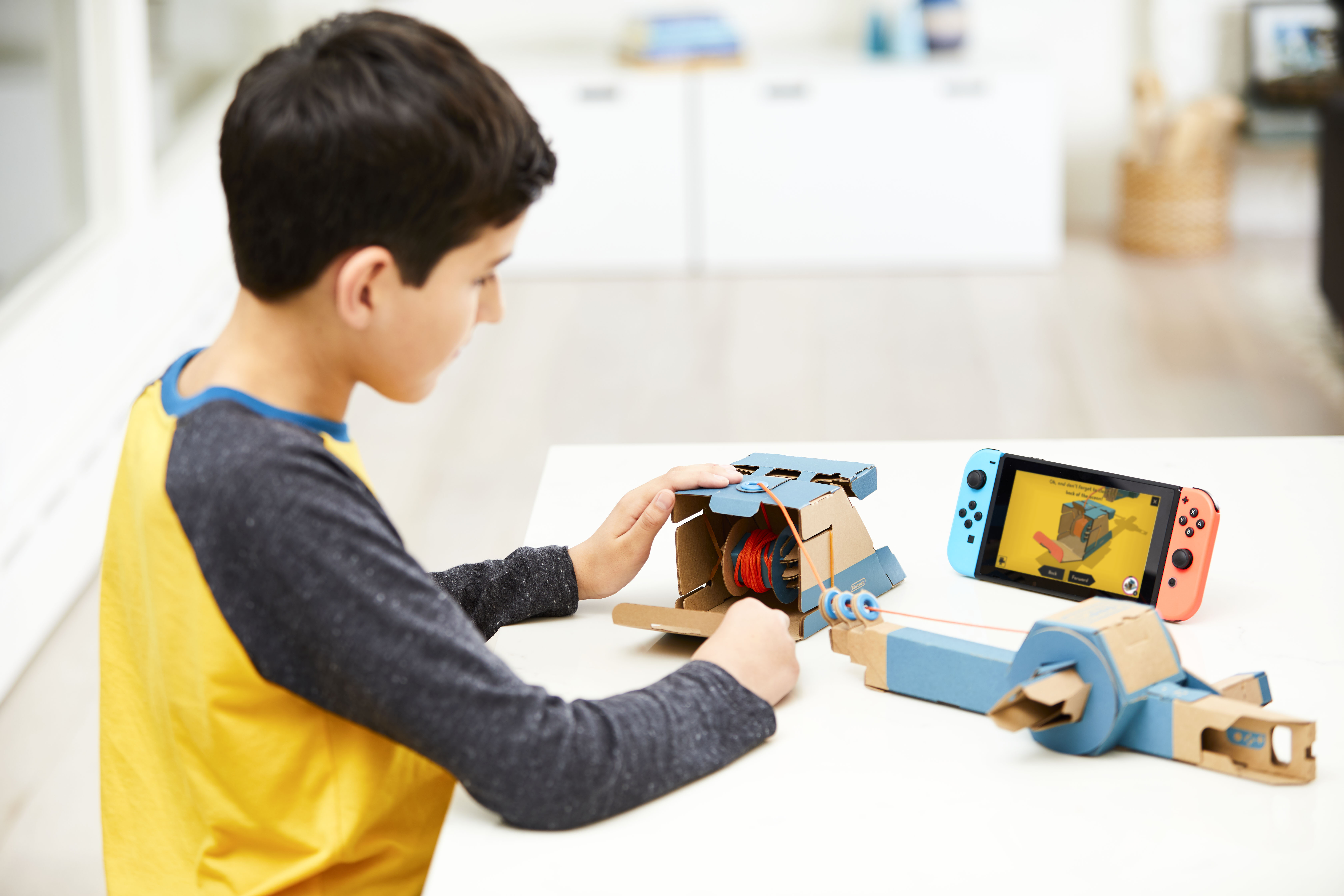 The Nintendo Labo has been tried and “played with” in the name of journalism by various members of the media to help promote the upcoming line of children focused peripherals for the Nintendo Switch.

It has been found that basic programming is supported which helps make certain components move and that the Infra-Red Camera on the bottom of the right Joy-Con can actually work as a night vision camera, allowing the Toy-Con car to “see” heat signatures and follow them. In short, Nintendo has created Carboard, slow moving, heat seeking missiles (okay, maybe not so short).

The followng information comes from Kotaku, who had the opportunity to go hands on with Nintendo Labo:

Did you know that that black sensor at the bottom of the right Joy-Con can act as a night-vision camera and beam a feed of what it’s pointed at to the Switch’s screen? That’s what is happening in this shot. That’s me in that green box in the screen. A tap of that box on the Switch screen switches the camera view to a heat-sensor mode, which sets the whole thing up to then track and follow heat signals.