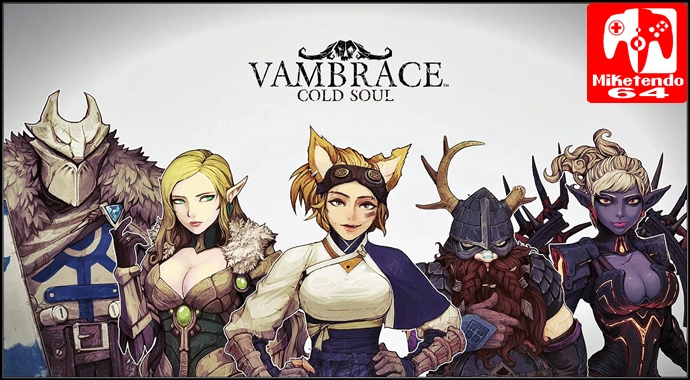 Switch Release for Vambrace: Cold Soul has Not Actually been Officially Announced and nor is it for Definite

If you were paying attention to any and all Nintendo Switch related news yesterday, you might have heard that Devespresso Games’ Vambrace: Cold Soul, is in the works for Switch, but that’s not quite the case.

Having heard about the news ourselves, we wanted to congratulate the team behind the recent Switch release The Coma: Recut, only it seems there is clearly speculation at foot. Although the press kit for Vambrace: Cold Soul does mention Switch as one of its intended platforms, upon messaging them via Twitter, we were told only a PlayStation 4 and Steam release have been announced at this time and if a Switch release does happen, it would be later rather than sooner, due to Devespresso being a small team.

The good news is, a Switch release has not been completely ruled out, but it’s not the definite release yesterday’s news would have us believe. Whatever the case though, should you wish to learn more about the upcoming Devespresso game that may or may not be coming to Switch at some point down the line, here is its overview:

The Shade King has cursed the great city of Icenaire. Now cast under a permanent blight of frost fall, its former residents have returned from the dead as wraiths. Survivors take refuge deep underground where they lead a desperate campaign against this unearthly power. Woefully outmatched, they are forced into hiding as the King of Shades amasses an army of the undead above them. One fateful day, a mysterious stranger appears in the city with an enchanted vambrace. She may now have their only hope… ​