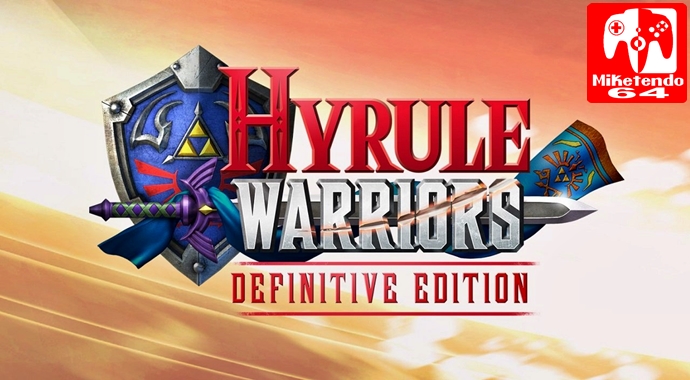 Move over Yoshi, its Link’s time to shine!

Las week, via Amazon Italy, we were able to learn a supposed release date for Yoshi on Switch (June 29th) and now on game that was recently shown of via last week’s Nintendo Direct Mini, has also had its release date “leaked.” According to an amazon.com listing, Hyrule Warriors Definitive Edition, is to release on the 20th of April, for those in North America. So far this is the only listing for the game that has a release date, so we will need to keep an eye out and see if others will follow suit, to try and get an idea as to when it will be out in Europe as Japan could probably see the release of the game sooner, like with Fire Emblem Warriors. Should any further discoveries come to life, or a reveal by Nintendo that this date does hold up, we’ll be sure to let you know, until then, here’s a brief overview of Hyrule Warriors Definitive Edition for Nintendo Switch:

A new, ultimate version of the exhilarating action game set in the Zelda universe will include every map and mission, plus all 29 playable characters from both the Wii U and Nintendo 3DS versions of the game, along with all of the previous paid downloadable content. Play as Link, Zelda, Midna, Skull Kid and dozens more in action-packed battles at home or on the go. Additionally, the game includes new outfits for Link and Zelda based on the Legend of Zelda: Breath of the Wild game.