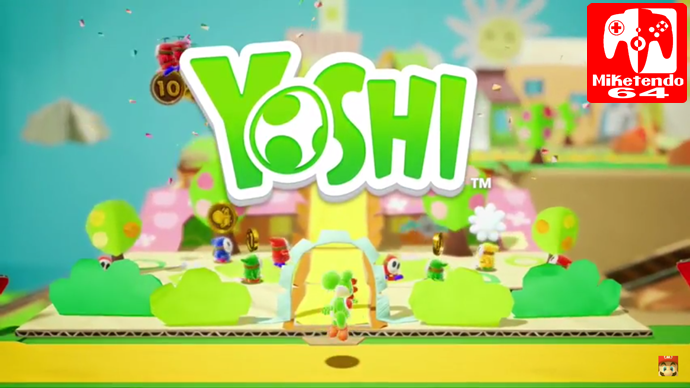 Move over Kirby, its Yoshi time!

Since the likes of Yoshi for Nintendo Switch and Sushi Strikers: The Way of the Sushido for 3DS appeared at E3, nothing has come of them since. No news, no new assets and no videos. Nothing. Neither game even got a showing during the first Nintendo Direct of the year (Nintendo Direct Mini 11.01.18,) but while news regarding Sushi Striker is still quiet, news concerning Yoshi has at long last arrived.

With next to nothing known about the games, the news in question comes to us via Amazon. A new listing on Amazon Italy has since appeared and states the new Yoshi game will be out on the 29th of June, 2018. It is the only Amazon site that states the date, but the listing is still up there and not changed any way in the last couple of hours, so we’ll definitely be keeping an eye on it going forwards.

Sadly, while there is Yoshi news, even if it is just a rumoured leaked release date, a combing of various Amazon sites looking for a possible release date for Sushi Striker was not meant to be, as some don’t even have a listing for the game at this time, whereas Amazon Spain only has a December 31st 2018 placeholder release date. In the meantime though, until more news does come though, (hopefully via a Direct that will drop less than 3 weeks from now,) here’s a brief overview on Yoshi to bring you up to speed:

Discover the flip side of Yoshi’s world:

Lead Yoshi on a brand new adventure that will turn everything you’ve come to expect from side-scrolling games upside down! Explore a great, big world decorated like a miniature diorama in a new art style for the franchise, where each side-scrolling stage has the traditional front side as well as a flip side with different views and surprises. Look for items throughout the stage as Yoshi makes his way to the goal. You can even join up with a friend!

No. of Players: 2 Players simultaneously