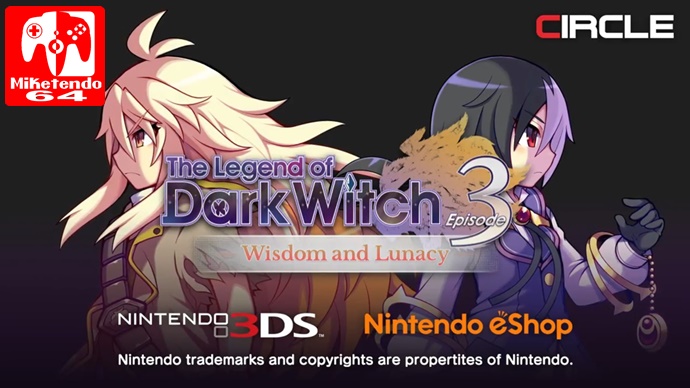 Very soon, The Legend of Dark Witch 3 will be coming to the Nintendo 3DS in both North America & Europe. Circle Entertainment have announced that the game will launch in both regions on December 21st for $9.99 / €9.99.

Here is the description for The Legend Of Dark Witch 3 – Wisdom And Lunacy.

The Legend of Dark Witch 3 – Wisdom and Lunacy is a 2D side-scrolling action shooting game.

When you start the game you’ll play through the Opening Stage. Upon clearing that, you’ll move on to the Stage Select Screen where you have 8 stages to choose from. The Syega Fragments and Tres collected during stages can be used to Power Up the player character. After defeating a certain number of enemies in a stage, or reaching certain places you’ll receive Syega Fragments which can be used to activate slots temporarily.

You can check out the announcement trailer below.