[Press Release] Trüberbrook: Planed for Switch and its Kickstarter Campaign is Now Under Way 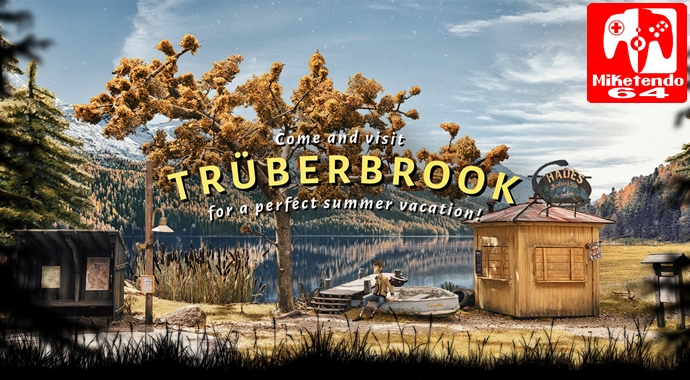 For anyone looking to expand their Switch library that has involvement from Headup Games, a new title has been revealed. Granted it won’t release until late next year, but Trüberbrook is a game that will tick a few boxes for most Switch owners:

The Kickstarter Campaign has started!

The Kickstarter campaign is live now, so we recommend every fan of adventures, unique gaming concepts, Ron Gilbert or Jan Böhmermann to have a look at the page or at the brand-new Kickstarter Trailer. And of course we appreciate any postings on the social networks as well as gaming websites about this unique project.

“Truber-what?”, you may ask. Well, imagine “Twin Peaks” meeting “The X-Files”, but in rural cold-war Germany. During the estimated gameplay length of 7 to 10 hours, the player takes the role of young American physicist Hans Tannhauser, who, while actually on a holiday, dives into the everyday life of the mysterious village of Trüberbrook – just to find out he hadn’t got there by accident. He’s here to save the world!

In order to immerse the player to the fullest, the team chose to physically build the world we envisioned, resulting an a unique, distinct visual style. All of our scenic sets are genuinely handmade. ‘Handmade’ as in: ‘Manufactured using real hands! And fingers! Not the most efficient way of doing things, but we’re loving it! Every little detail is custom built, meticulously crafted, piece by piece, painted, arranged, rearranged and put into boxes in between. If you were wondering…yes, there is glue involved. Lots of glue!’

The release is scheduled for late 2018 for Windows, Mac, Linux (all DRM free & via Steam), PlayStation®4, Xbox One and Nintendo Switch in both English and German versions. The game was co-funded by the Medienboard Berlin-Brandenburg and will be published by Headup Games.

Our backers can look forward to some great hand-picked rewards, like a limited, kickstarter-exclusive boxed edition filled with goodies as well as the opportunity to spice up your home with set pieces from the actual game. You may even have your portrait drawn by our character designer and become a part of the village’s ancestral gallery! But first and foremost, our backers can expect an outstanding game in exchange for their support!

Imagine yourself on a vacation to Europe in the late sixties. Now, picture yourself as a young American scientist; Hans Tannhauser. Yes, that’s your name in this scenario. While you’re at it, think of Trüberbrook, a remote village in rural, mountain-sloped and densely forested cold-war Germany. Because, that’s where you somehow end up after hitting the continent. But who cares, you won the trip in a lottery! Or at least, that’s how it seems. But don’t fear, instead of getting some rest, you could find yourself having to save the world…

Besides lovely created characters and a moody soundtrack, the game’s most striking feature may be its unique, distinct visual style. In order to immerse the player to the fullest, we chose to physically build the world we envisioned. All of our scenic sets are genuinely handmade. ‘Handmade’ as in: ‘Manufactured using real hands! And fingers! Not the most efficient way of doing things, but we’re loving it! Every little detail is custom built, meticulously crafted, piece by piece, painted, arranged, rearranged and put into boxes in between. If you were wondering…yes, there is glue involved. Lots of glue. By the sweat of our brows, we think it’s worth it.’

The models are digitized using a technique called photogrammetry and later retopologized, digitally polished and then blended with animated characters, visual effects and set extensions.

This way the developers aim to achieve an exceptional and magical look that visually reflects the world of Trüberbrook. 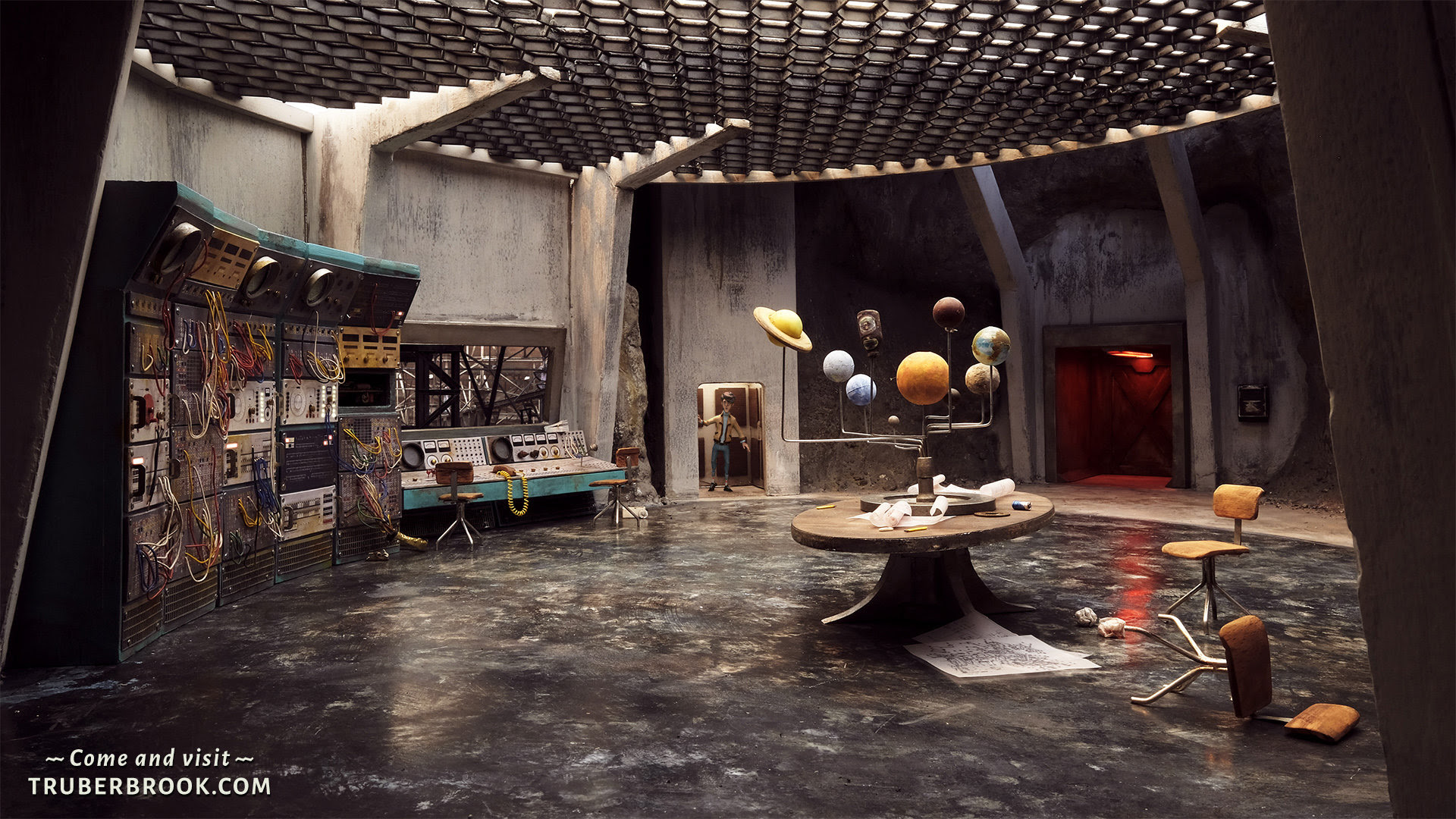 The year is 1967. The world policy is dominated by the Cold War and Vietnam, Russia and America are racing to the moon. At the same time in Europe, students take to the streets from Paris to Berlin.

On a larger scale, the world is locked in turmoil, but most people are unaware of the events unfolding in an overlooked, sleepy part in the German province. Hans Tannhauser, an American student in his late twenties is caught by surprise: Out of the blue, he wins a trip to a small, German village, Trüberbrook. Truber-what? No idea! It doesn’t help he can’t remember taking part in any lottery in the first place … Happy to put some distance between him and his Ph.D. in quantum physics, he makes his way to Trüberbrook, Germany, bursting with curiosity.

Tannhauser receives his lodging in the Pension Waldeslust, a charming hostel at the village square. But shortly after his arrival, inexplicable things start to happen: A mysterious stranger breaks into his room and steals a paper on physics. It also seems someone is trying to get his attention – But who? And why?

Gradually, he gets to know the various villagers and spa guests, only to find the next more peculiar than the last. Only young anthropologist Gretchen Lemke, who is on a research trip to Trüberbrook, seems normal to him. But before he knows it, Gretchen becomes Tannhauser’s accomplice on the adventure of a lifetime. It slowly dawns on the aspiring physicist that his presence in Trüberbrook is not accidental – he is here to save the world!

See all of this in motion in Trüberbrook’s Story Trailer: