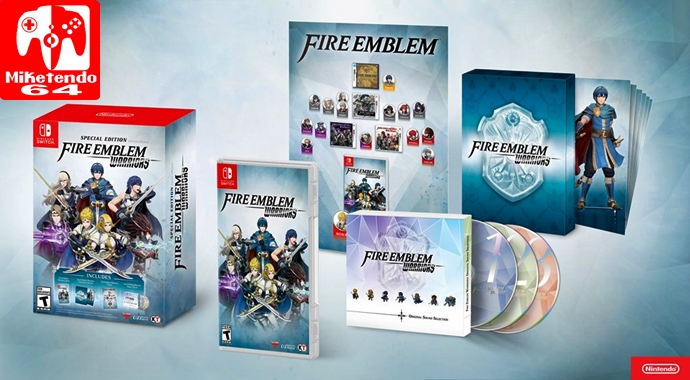 After first being revealed as part of TGS 2017, Nintendo has come forwards to announce DLC plans and amiibo details for the West and while the press release we’ll be sharing below is the American version (Nintendo UK sent out a slightly different one,) we’ll also be including the prices for those who use pound sterling:

*More details about each DLC pack will be revealed in the future.

Fire Emblem Warriors launches for Nintendo Switch, as well as New Nintendo 3DS, New Nintendo 3DS XL and New Nintendo 2DS XL systems on Oct. 20. A special-edition bundle of the game will launch exclusively for the Nintendo Switch system on the same day at a suggested retail price of $79.99. The special edition includes the game, premium character card set with slip case, a double-sided poster and a three-CD music set.