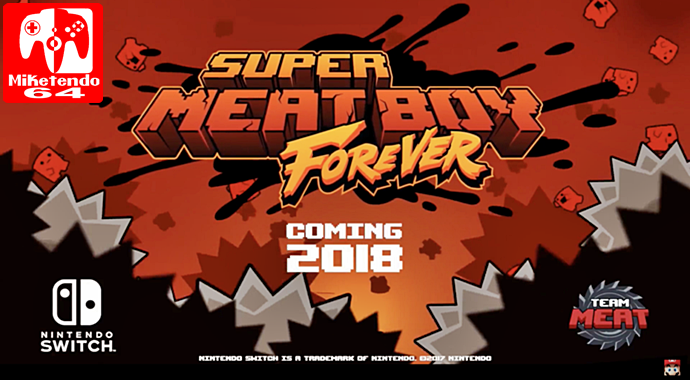 After teasing special news for a while now, the Super Meatboy Forever for Switch cat is out of the bag and here’s everything Team Meat had to say with regards to the game’s Switch announcement:

So what’s new in the sequel? Well let’s start with what’s the same:

Super Meat Boy Forever is coming in 2018 to Steam, Xbox One, PlayStation 4, Nintendo Switch, iOS and Android. Our goal is to make the game great on PC and Consoles then bring it over to mobile platforms.

Team Meat will be demoing Super Meat Boy Forever at PAX West Booth #835. We invite everyone to come by and check out the game for yourself. It will be playable on Nintendo Switch and Xbox One. If you can’t make it to PAX, there’s more info about the game at http://www.supermeatboy.com. Also we will be sharing pictures and updates during PAX via our twitter account @SuperMeatBoy.