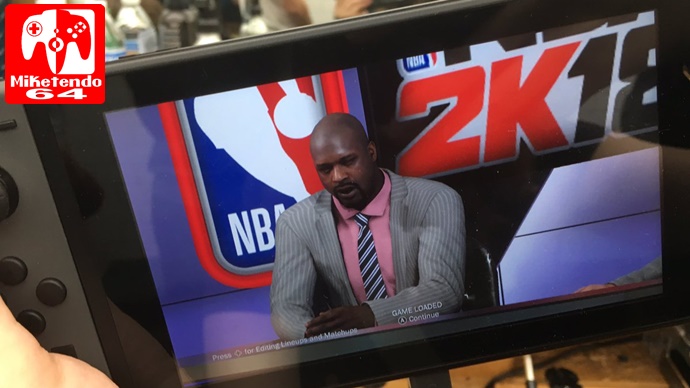 NBA 2K18 For Switch Will Have Same Content As PS4 But Run At 30FPS, Amiibo Support Also Confirmed

The Nintendo Switch version of NBA 2K18 will be treated with the same content as the PS4 version with the exception of the custom Logo option for Pro-Am teams. The Switch version will include MyGM Team Management, MyLeague, MyCareer and Story Mode along with all the other features.

Of course, all these features do come at a cost to frame rate, in order to optimize the Switch Version, The game will run at 30FPS as opposed to 60FPS on the PS4 or Xbox One version but it does run on the same engine and all graphics, AI and animation will run the same on all platforms.

Amiibo Support has been officially confirmed for the Switch version but it has not been specified how they will work with the game but I wouldn’t be surprised if we got Nintendo themed apparel for the players.