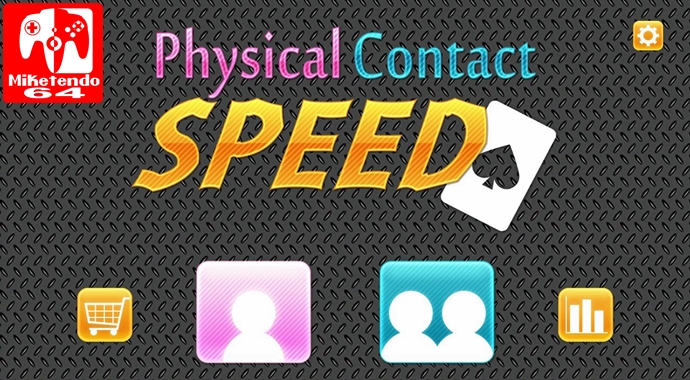 While a majority of the indie games available on the Nintendo Switch are developed from Western developers, there is no shortage of Eastern developed indie titles and because I didn’t get around to it last month, in addition to everything else I reviewed, I also found the time to check out Collavier’s Physical Contact: SPEED.

It’s true that when the game released last month, it featured a god awful bug on Level 75 that prevents players from proceeding any further in the 1 Player campaign mode, which is actually a good reason for anyone to avoid Physical Contact: SPEED. Only now a new update is out and the game breaking bug is no more! With the bug gone, Physical Contact: Speed is full working game and it’s really not that bad of a game.

Sure it’s a card simulation game, but it is a card game that is very good at holding the player’s attention and keep you playing for far longer than you intend, but although the game is highly enjoyable as part of long play sessions, it’s just as enjoyable in short play sessions and you don’t even have to play it alone as local co-op is supported and played with the screen turned vertically.

In terms of gameplay, the premise of Physical Contact: Speed is easy. Whether you’re playing CPU or a friend, both sides have a deck of 26 cards and the gaol is to use them all up, before your opponent can. To use them, two cards are displayed in the middle of the screen, with both yours and your opponent’s hands on display. If there is a 5 of hearts placed on the field, any card of any suit can be placed on top of it, provided the card is a 4 or a 3. Once a card is placed on top of it, (let’s say a 3,) you can then put a 2 on it, or a 4 if you have one. If you don’t have a card you can use, you can try putting them on the other card in the middle.

However, you’re not the only one trying to use up your cards, as your opponent is as well, and if you both have a card of the same number value, it’s a race to see who’s fastest to get your card placed and when playing against CPU opponents, they do of course get a hell of a lot faster. You’re also not just limited to placing one card, as you’re welcome to place as many as you can before running out of options and if neither player can drop a card, the cards in the middle will keep on being changed, until at least one player has a card that can be used and that’s pretty much all to it.

Gameplay is simple and only takes a couple of minutes to pick up, which means from that point on, all you need to do is just play and enjoy, but there is more to Physical Contact: Speed than just card play. For starters there are well over 140 achievements. There are 100 Rooms to be completed in the main campaign and plenty of customisable options that can be earned and brought with the coins you get from playing and completing achievements.

Granted unlocking everything in the store will take some doing, as there are plenty of avatar and background options and alternative card deck themes that are rather costly, but they are a reason to keep on paying if the game isn’t you’re cup of tea, but since it has an addictive nature to, that alone will keep you playing for far longer that you’ll release, which means, if Physical Contact: Speed wasn’t worth the purchase before, it is now.

The English text may not be perfect, but it is understandable and the music if it proves too annoying, can easily be silenced and replaced with something you prefer to listen to instead and if you’re able to look past both these things, then there is every chance Physical Contact: Speed could become your next indie guilty pleasure.