[Giveaway] Power of Two (an I and Me Plush Toy Giveaway) Begins!

Aug 16, 2017 August Feature, Giveaway, I and Me, I and Me Plush Toy, indienova, League of Evil, Ratalaika Games, Wishfang 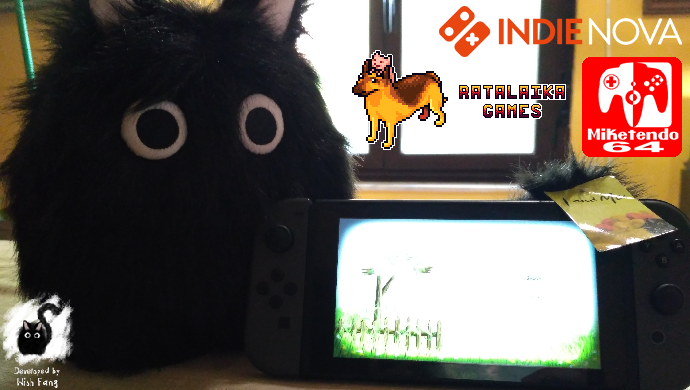 Hey guys, know how we did that whole I and Me giveaway on Twitter? Well we’re not quite done with the game just yet, or with giveaways in general!

So with that thought in mind, here’s a little announcement we wish to share for our next giveaway, courtesy of a little something we wrote with Ratalaika Games:

Ratalaika Games present the Power of Two (an I and Me Plush Toy Giveaway):

Leon, Spain — August 16th, 2017 — On the 6th of July, after a few months of work, Ratalaika Games had the pleasure to bring I and Me to the Nintendo Switch and the reaction was better than expected. Only releasing I and Me wasn’t the only thing that happened last month.

Following the release, involved I and Me party indienova hosted a giveaway where two plush toys was up for grabs and while that giveaway is now over, the dream is still very much alive.

So given the amount of love news site Miketendo64 shown I and Me during their 5 Week long giveaway, which saw them handing out download keys for I and Me to 50 lucky winners, Ratalaika Games has teamed up with Miketendo64 to show even more I and Me love.

Just like indienova’s giveaway, we will be giving away two plush toys of the cats from I and Me as a main prize that can be won by two entrants (one plush per winner,) with 4 download keys for Ratalaika Games’ upcoming Switch title, League of Evil, which is out this August. But you have got to be in it to win it and below are our rules as to how you can win:

About I and Me:

If there were another me, observing myself from the perspective of a spectator, how would I regard another me? How would I get along with the other me? I and Me is a puzzle platformer. To play the game, you control two cats simultaneously. The two characters will perform exactly the same action. You need to manage both of them at the same time and let them coordinate to complete the adventure.

The game has four chapters based on four seasons with a total of 92 levels. Sometimes you must think carefully, and in some places you need to be flexible. The soundtrack of the game is soothing with orchestra and piano music, each season has its own style.

Good luck to all of you. We can’t wait to see what you have to send us.

One thought on “[Giveaway] Power of Two (an I and Me Plush Toy Giveaway) Begins!”