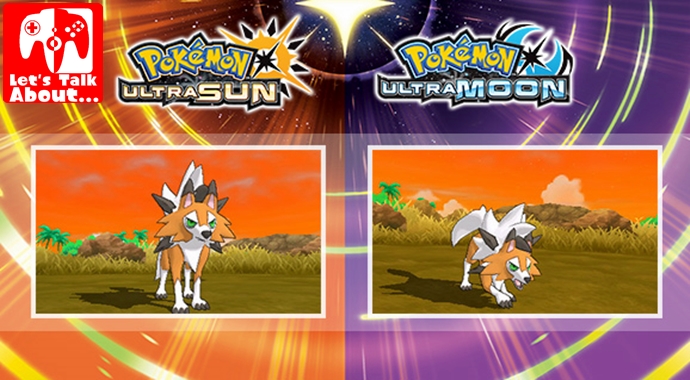 The Secrets of Alola! New Dusk Lycanroc has been revealed for Pokémon Ultra Sun and Ultra Moon

Since Pokémon Ultra Sun and Ultra Moon was first revealed, nothing was said or revealed about the upcoming titles, until this week, the week everything changed!

As fans and followers looked forwards to Shigeu Ohmori’s presence on the latest episode of Pokénchi (Gathering at the Pokémon House,) brows were moist with anticipation and our patience paid off as the Pokémon Ultra Sun and Ultra Moon was quire intriguing after all.

The CoroCoro image that hinted at a new evolution for Rockruff turned out to be just that, a new evolution named Dusk Lycanroc, which was then showcased in footage that showed Ash’s Rockruff evolving into the new form and showed off how Lycanroc carries itself when battling in the Alola region.

No information was shared on how such an evolution happens, but in the anime, the evolution is shown to occur during the twilight stage, when dark meets light, in a resounding orange, so it looks like a Dusk Stone is ruled out until officially stated otherwise, but we do have some official information on the new form and you can see it here:

It’s been confirmed that a new form of Lycanroc appears in the world of Pokémon Ultra Sun and Pokémon Ultra Moon—Dusk Form. The colors of Dusk Form Lycanroc’s body and eyes differ from those of previously discovered Lycanroc, Midday Form and Midnight Form. You can’t get Dusk Form Lycanroc on your team by ordinary methods, such as discovering the mysterious Pokémon in the wild.

Interestingly enough, before Rockruff’s evolutions were ever revealed, it was rumoured Lycanroc would have three different evolved forms and according to PokéJungle, there might even be a fourth form, so that would be interesting to see turn out to be true and even if it isn’t, with the latest adventure in Alola already revealed to have one alternate Pokémon, maybe we’ll get lucky and there will be other alternates as well, like a male evo for Salandit! (One can hope right?)