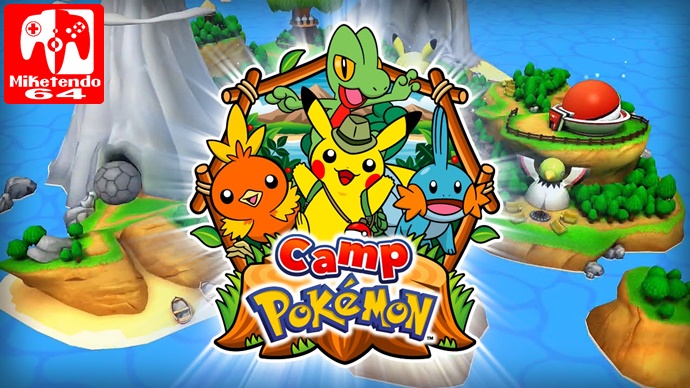 The Pokémon Company have announced via Press Release that their Mobile Title Camp Pokémon will be getting a new update which will bring 60 new Pokémon to the game including those from the Alola region along with other features. Pokémon Shuffle will be celebrating it’s second anniversary by giving away goodies to it’s players

The app from The Pokémon Company International Pokémon Camp has received a brand-new update. In Camp Pokémon, players explore an immersive island filled with fun Pokémon-themed activities that will help them learn what it takes to become a Pokémon Trainer. The new update adds more than 60 new Pokémon to collect, including Pokémon from the tropical Alola region, a new Poké Ball Roll activity and a day-and-night mode with Pokémon in the game now appearing at different times of the day. Camp Pokémon is available to download now at no cost on the iPhone, iPad and Android app stores!

A special video allowing viewers a 360-degree tour of the game can be found here:

Pokémon Shuffle Mobile is two years old, and as part of the special occasion, a variety of new in-game bonuses and goodies are on the way! To kick off the celebration, players can now receive a Shiny version of the Pokémon Tyranitar as a Log-in Bonus and can use this Pokémon straight away in a new ranked event. More Alolan Pokémon will be making their way to Pokémon Shuffle Mobile with Tapu Koko (from 1 August) and Tapu Lele (from 15 August) appearing for the first time to take on in Ultra Challenges. On top of this, daily challenges will be made available with Pokémon that appeared in a Great Challenge or in other special stages. Starting 1 August, challenges will include extra chances to be rewarded with generous drops such as 3x Mega Speedups. All these goodies will be available in the iPhone, iPad and Android versions of Pokémon Shuffle Mobile as well as in the Nintendo 3DS version, Pokémon Shuffle.