Skip to content
Breath of the Wild The Legend Of Zelda 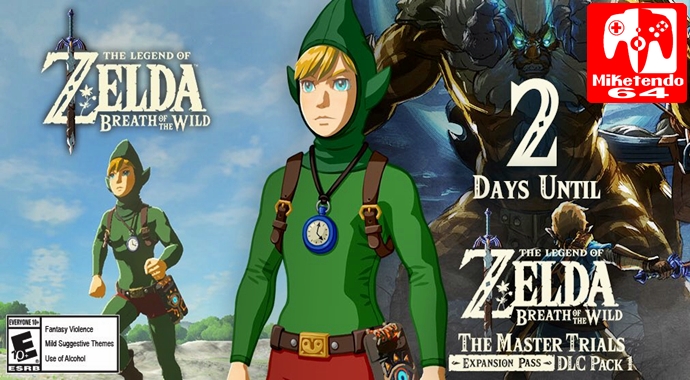 Another day and another DLC Countdown post has gone live and this time, it is all about Tingle:

Sav’aaq! I’m Shirakawa, game designer for The Legend of Zelda™: Breath of the Wild. In this title, I worked mainly on NPC and field-event designs.

Today, I would like to talk about Tingle’s Outfit, which you can acquire by finding one of the chests offered in the DLC pack 1, The Master Trials. (This DLC is only available through the purchase of the Expansion Pass).

Tingle first appeared in the Legend of Zelda: Majora’s Mask game for the Nintendo 64™ console, and he has since appeared in a variety of other games. He became popular (?) enough to star as the main character in some games (originally launched in Japan and Europe). He’s even got a whole website dedicated to him (website in Japanese)!

I remember how shocked I was—shocked right down to my bones!—when I first saw Tingle.

I thought “he’s such an unsettling character…but…he’s also so adorable…” When I started thinking about it, I realized that sometimes hate can slowly turn into love. If you didn’t care about someone at all, you wouldn’t feel “love” or “hate” for him…

I’m sure there are people out there who “hate” Tingle. However, if you hate him, that means you must “care” about him a little bit! And THAT means your feelings toward him might change, in time. Which is why we developed a game featuring him as the main character!

When you wear all 3 pieces of Tingle’s Outfit together, they grant you the “Night Speed-Up” effect. So please try on Tingle’s Oufit and run around at night.

Tomorrow’s post will mark the final one and sees Eiji Aonuma talking about the Majora’s Mask, so whatever you do, stay tuned for that addition, because it is certainly going to be worth reading!

The Sequel to Zelda: Breath of the Wild Delayed Until Spring 2023