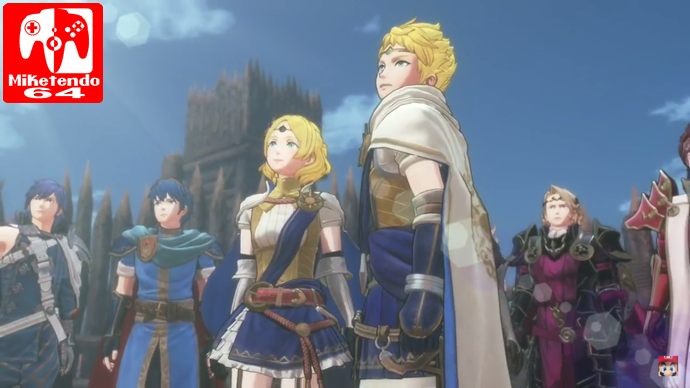 Not to be missed out from the Nintendo Spotlight: E3 2017 video, Fire Emblem Warriors for Nintendo Switch and New Nintendo 3DS also had a good showing and you can see it’s showing right here:

For Japan, Fire Emblem Warriors will release on the 28th of September, as for the west, the best we have for a release is Fall 2017, but at least we have this fact sheet as well:

Heroes from across the Fire Emblem universe collide!:

Clash with legions of soldiers and fierce monsters as Marth, Xander, Corrin, and other Fire Emblem heroes unleashing over-the-top-powerful Dynasty Warriors-style moves. Take direct control of known and original Fire Emblem characters, issue them strategic commands in the midst of battle, pair up heroes to unleash stunning attacks, and more. Unlock new playable heroes, each with their own unique moves, special attacks, weapon types, and voiced dialogue in this large-scale action game from the Hyrule Warriors team.