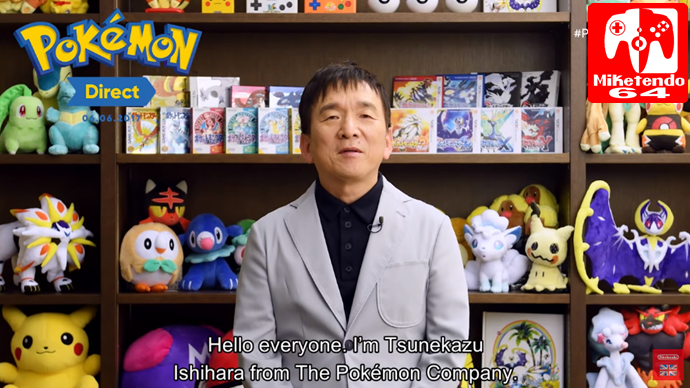 The Pokémon Direct may now be over, but its reveal will continue shock us for the rest of this day (at least!) We went into this expecting only one game would be announced and instead 3 were, with another 2 announced for the 3DS’ Virtual Console, but instead of getting carried away, let’s start at the beginning. Pokkén Tournament has been announced for the Nintendo Switch. It supports local multiplayer and single Joy-Con. It features all fighters from the arcade version of the game, plus the 4 available only available for the arcade version and one Gen 7 Pokémon.

Personally I would have preferred Incineroar as he to me, feels as if he would have been a better fit, but instead Rowlet’s final form Decidueye is joining the roster and that’s not the only thing that makes this the definitive experience. So here’s a quick look at what else is different as well as what we just mentioned: (Features taken from official press release)

And for anyone looking to see more of Pokkén Tournmanet in action before it releases on the 22nd of January, it will be at this year’s E3, as it like ARMS and Splatoon 2 will have its own Invitational Tournament.

Nintendo have chosen to share a few words about Pokkén Tournament DX’s E3 presence, which you can read for yourself here:

Pokkén Tournament DX joins the ARMS and Splatoon 2 games with its own invitational tournament at E3 2017. This third Nintendo Switch game will complete the triad of social, competitive games in action at Nintendo’s booth next week at the E3 video game trade show in Los Angeles. Fans around the world can watch all the tournament action, as well as Nintendo Treehouse: Live at E3, by visiting http://e3.nintendo.com, or by watching on Nintendo’s Twitch and YouTube channels.

Next up, get ready to revisit the Alola region this November as Pokémon Stars may not be coming to the Nintendo Switch, but Pokémon Ultra Sun and Ultra Moon is coming to the 3DS. I know it is not the Gen 7 game a few of us want, but things are a lot different this time around as there is an alternate story, better Z-Move animations and certain Pokémon such as Solgaleo and Lunala feature an alternate look to the one we first saw last year. Yes it probably is too soon to remake Gen 7 as that’s pretty much what it looks like has happened, but Sun and Moon were great games, so we do at least owe Ultra Sun and Ultra Moon to wow us and if you agree, they release globally on the 17th of November, 2017. (Would have made more sense to bring to both Switch and 3DS, as opposed to just the 3DS, but that’s just me.)

Lastly it has been confirmed that the iconic Pokémon Gold and Silver games will also be making a comeback as they will release on the Nintendo 3DS on the 22nd of February, via Virtual Console. Furthermore they will support the Pokémon Bank, so anyone looking to trade certain Gen 2 Pokémon straight to the Gen 7 games, will be able to do so later this year. There is also a special trailer prepared for Gold and Silver that you can see for yourself below, which is then followed by a video for Pokkén Tournament DX and Pokémon Ultra Sun & Ultra Moon.

Just as soon as more details come on either one of these reveals, you can expect to read all about them here at miketendo64.com! and if you missed the Pokémon Direct today, you can catch it again here.