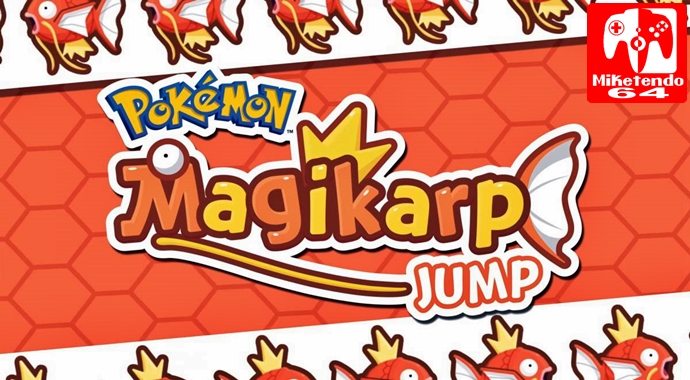 Sometimes the best games, are the simplest ones and the ones we never saw coming and while Pokémon: Magikarp Jump’s existence was previously divulged, it is still very much so both of those things. 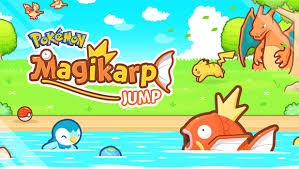 What compelled The Pokémon Company to make a game such as Magikarp Jump, we may never know, but it is without a doubt one of the bizarre and best Pokémon apps to ever grace the Android and iOS market. I am well aware that some media publications and sites have expressed very negative reviews about Magikarp Jump, but then there have been some overly positive ones and I’m sorry guys, but this is going to be another review of the latter variety.

I don’t know what it is about Magikarp Jump, but I find it an interesting and enticing game that I can’t put down. For decades Magikarp has often been the butt of many Pokémon related jokes, but now, now Magikarp is essentially the main focus point of its own game and what’s more it works! And since the game’s description provides such a great overview, which is far superior to whatever I could try to try and provide, here’s a few extracts from the official one:

What is this world coming to?! It’s a Pokémon game all about the weakest Pokémon ever—Magikarp! Anyone can play this simple game in their spare time to create the most majestic Magikarp ever in this official Pokémon app!

What kind of Pokémon is Magikarp?

Many surprising events lie in store for this pathetic Pokémon. But don’t worry—it’ll just keep on jumping until it can jump no more!

So not only is Magikarp Jump a game about one of the most pathetic Pokémon that exists in the world of Pokémon, but the game actually pokes fun of itself in its own description and that’s because it is that kind of a game. The kind of game that doesn’t take itself seriously, is packed with humour that can be well received, or well disliked and a game that will get under your skin, as you’ll never see it coming. And now onto the story.

Pokémon: Magikarp Jump begins in a similar fashion to any main series Pokémon game, with an individual waiting to greet you ad introduce you to the world of Pokémon, except this time, instead of a Professor, we get Karp. Well Mayor Karp (at least that’s what everyone calls him), and he is all too happy to tell us what is what in the world of Magikarp! Mayor Karp is in charge of Hoppy Town, a “magical place where everyone loves Magikarp.” It’s also a place where people train their Magikarps to jump the highest and has 8 Leagues dedicated to how high you can make your Magikarp jump.

Only Hoppy Town hasn’t had a Champion in quite some time as the Magikarp have gone from being Magikarp to Tragikarp. (No that is not a pun of my own making, but one from the game itself, so don’t judge me.) So it falls down to you to essentially cheer up the depressed Magikarp by taking on the Leagues and encouraging the Magikarp to jump as high as they possibly can. Only because you don’t have one, Mayor Karp is on hand to see you armed with an Old Rod and catch your first Magikarp and from there on your descent into madness begins!

Had you been able to quit the app before landing your first ‘karp, you would be free but if you didn’t, your life is as good as over as you are now in too deep. So what to do once you start playing? Well there is a Magikarp in a pond who requires, attention in the form of training it, feeding it and making it compete in battles and being as though it is a mobile game with touch screen controls, feeding is especially an easy affair since all you will need to do is tap in the direction of the food and he (or she as female Magikarp are also present in the game), will eat it. Doing so will allow it to gain JP (Jump Power) and if it gains enough, it will level up.

Only don’t expect the levelling up gimmick to work like that in the main Pokémon games, as instead of taking a single Pokémon (or Magikarp in this case,) and levelling it up to Lv.1oo, you start off by levelling it up to Lv.11. Once such a thing has happened due to Magikarp eating enough, or you training it (training also enables Magikarp to earn vital JP), you will be promoted to take on the League and if your Magikarp is strong enough, it might win and if not, it will lose the league, but either way, once your Magikarp has reached its max level, it will retire. Once such a thing has happened, Mayor Carp will visit you, award you EXP points for raising your Magikarp so well. Adds 10 points to your Motivation Bonus (this helps the Magikarp you train level up faster) and fish up a new ‘carp with the help of Roddy Tackle.

Now provided you yourself have levelled up, you will be able to raises your Magikarp to Lv.12 and the entire process repeats. Sure there is some variety in the form of the many different kinds of Magikarp you can catch and name. The different training exercises you can experience (provided you brought them). Different foods to be brought and eaten, as well as many random events you can encounter, but ultimately the game becomes an instant repeat fest until you 100% complete everything, including the extra Leagues that aren’t shown during the earlier stages of the game.

Still, just because it is very repetitive, Magikarp Jump supports some beautiful graphics, charming music that will make you feel good and keep coming back for more, plus your Magikarp doesn’t have to be alone as Support Pokémon can also be brought and earned and do come in handy. Plus you can mix things up by changing the theme for your pond and placing decorations. It can also be rather slow at times, what with constantly waiting for more food to arrive, or to challenge the league again, since losing a battle means you have to wait for a 90 minute long cooldown before being able to challenge it once more, but that’s where items come into it. Magikarp Jump, whilst being a free-to-play game, it also supports in-game purchases, so things like Training Sodas and Diamonds can be brought so that players can get more coins and every item they desire, a hell of a lot sooner, without having to play for many hours first. 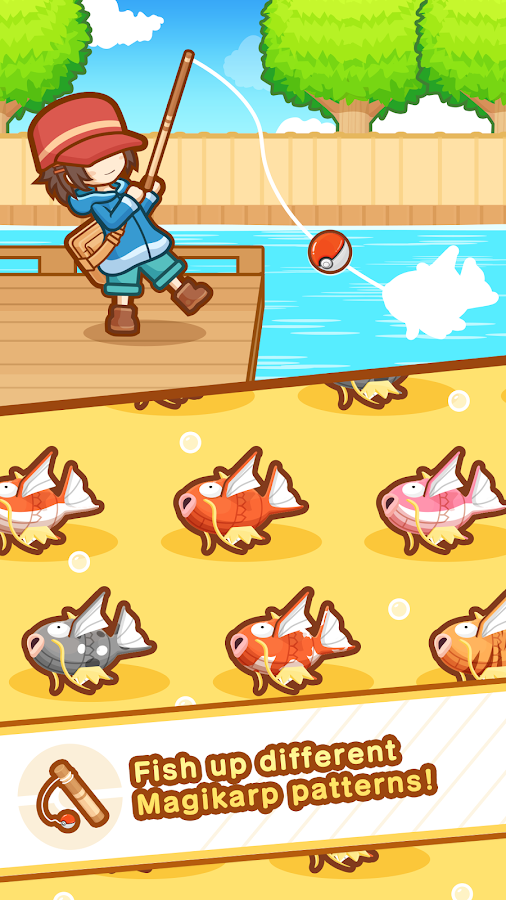 Furthermore, an internet connection is not needed to play, so you play the game without having to worry about your data, but if you suddenly want to play Magikarp game on another devices, you can turn your internet on and back up your data, so that you can access it with another device, or just share images of your progress on Facebook. But yes, this game will take up a lot of your time and depending on how you feel about that, this can either be a very bad thing, or an insanely good thing.

As far as Magikarp Jump and Pokémon GO are concerned, while some sites have compared the two, they are not something you can compare for they are entirely different. One is a game that encourages you to GO out there and explore while the other is a game that you can play anywhere, at any time for any reason, much like any game you can play on the Switch. Yes Magikarp Jump has its flaws and a few of them, it is enjoyable.

It is also something that will dominate your life due to its incredibly repetitive gameplay, but it’s different. It’s bizarre, but what’s more, anyone with a fun can play it and it is something that will get more people into Pokémon in general. So after a little deliberating, I’m going to give Magikarp Jump a 7/10. But do you know what the biggest shame about this game is? The fact Nintendo wasn’t involved with it.

With the Big N doing their own mobile games, this would have been the perfect Pokémon game for Nintendo to have worked on alongside The Pokémon Company, but it was not the case. Still let’s not let something such as that ruin what is a great free-to-play mobile application.