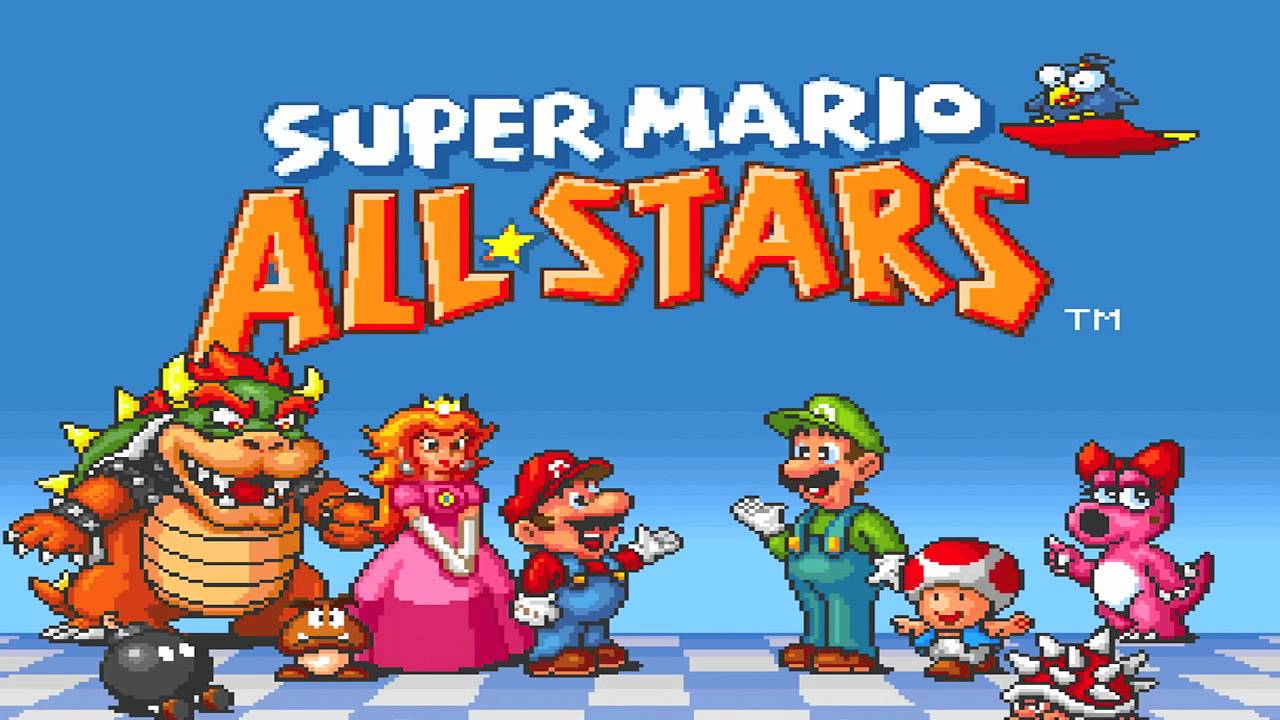 Super Mario All Stars, a classic compilation of the four original Mario games that were released on the NES.

The years soon passed when we saw Super Mario All Stars re-released for its 25 year anniversary edition, released on the Nintendo Wii. It retained it’s original Super Nintendo port and was bundled with a soundtrack CD and a booklet that traces through Mario’s 25 year history.

The one that started it all. Right from the opening level we hear the Mario soundtrack kick in and it’s a tune we will never forget. Side scrolling through the 8 worlds with 4 levels per world saw Mario jumping on turtles and King Bowsers villainous Goomba’s using magic mushrooms, stars and fire flowers to rescue Princess Toadstool.

Known as the reconverted Doki Doki Panic, the sequel to Super Mario Bros saw Mario pulling up objects, throwing it at enemies and taking on a new enemy, the Villanous frog known as Wart. This time round you could choose to play either Mario, his brother Luigi, Toad, and Princess Peach.

Known as the best selling game of the original NES trilogy. Mario’s 3rd outing saw Mario and Luigi embark on a quest to rescue Princess Peach and the rulers of the seven kingdoms from the villainous Bowser.

Mario Bros 3 changed its level design by adding a map system which featured the levels, bosses, secret locations and mini games – these mini games varied by matching three scrolling pictures and matching up cards in a ‘pairs’ type mini game. The well known power ups made a return from the magic mushroom, invincibility star, and fire flower. New power ups were added from the Super Leaf which gave Mario the ability to fly, and the Tanooki suit. Other suits include the frog suit and the hammer suit.