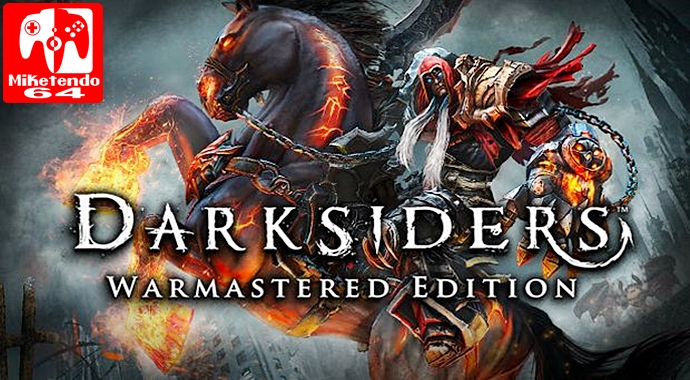 I don’t know how you spent the last 7 days, but here at Miketendo64, we spent it celebrating #StreetFighterWeek!

It may not have been out most popular theme week to date, but we got out a review, a unique editorial and even a piece of fan-fiction, but just before business goes back to normal, we want to say thanks to all those who assisted with the week and visited the site and of course announce something big! (Thanks everyone!)

Last week, after a couple of weeks/months of doubt, Darksiders Warmastered Edition finally saw it’s Wii U release and while our review of it is still pending, we received an extra review key for the game and instead of keeping it, we want to give it away instead! So if you would like to be in with the chance to win a PAL (Europe, Australia & New Zealand) review key for the Wii U version of Darksiders Warmastered Edition, all you have to do is retweet one of the tweets you see below or make a unique tweet of your own using the hashtag #DarksidersSwitch.

RT if you want to see @THQNordic's #Darksiders3 come to #NintendoSwitch and have the chance to win a PAL #WiiU code for Warmastered Edition. https://t.co/WPwEwVqy8d

On the 2nd of June, we will pick a single winner at random and get in touch with them via Twitter. There is no need to like us on Facebook, or follow us on Twitter. Just show off your “Let’s get Darksiders 3 on Switch” love and we will do the rest and even if you yourself can’t use PAL codes, maybe you have a friend who can and you are more than welcome to give it to them. So what are you waiting for? Get on Twitter, retweet and let’s show THQ Nordic just how large a Darksiders fanbase there is on Switch.