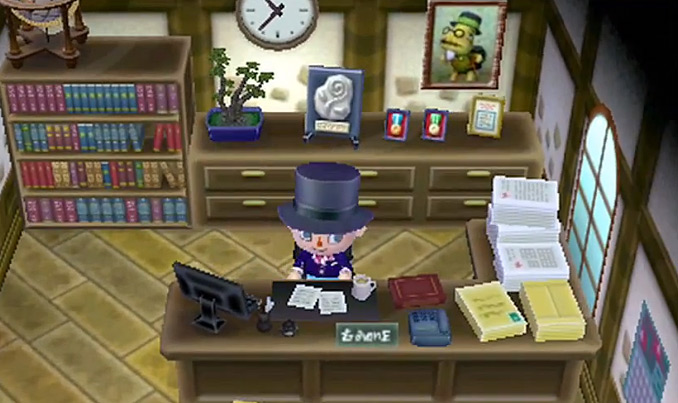 Hello again, you lovely beasts you. Welcome back to The Weekly Wizard, the segment of Miketendo64 brought to you by the Sith lord behind Wizard Dojo, where I talk about stuff dealing with Nintendo’s past, present and future.

Last time, I talked about how the Nintendo Switch seems to be reviving older templates and making them new again, such as Breath of the Wild returning to the open-world roots of the original NES Zelda, and the upcoming Super Mario Odyssey returning to the 64-style of Mario platforming. I then discussed what other franchises Nintendo could potentially revive on the Switch, and specified Metroid and F-Zero as examples.

This edition of TWW will continue with a few more examples of franchises that could see a return (or a return to form) on the Nintendo Switch.

I know, I know. We just saw Star Fox make a return after a lengthy hiatus in 2016 in the form of Star Fox Zero on Wii U. But to say it was a disappointing return for the series for many would be an understatement.

Star Fox Zero was a prime example of “close, but no cigar.” While the game resurrected the rail-shooter, arcade style gameplay of the series’ first two and most beloved installments, its attempt at a ‘unique’ control setup was a bit messy, to say the least.

What could have been a surefire slam-dunk in a long-awaited follow-up to Star Fox 64 ended up being a mixed bag due to its often-convoluted control scheme.

To put it simply, a Star Fox return could use a second go. And bringing the franchise to the Switch just makes sense. The simplicity of the Star Fox gameplay makes it an ideal game to have on the go on a portable, but it can have enough substance to make for hours-long play sessions at home on your TV screen.

More importantly, Nintendo has the opportunity to fix the issues that plagued Star Fox Zero. No need to shoehorn “innovative” controls, just have a traditional control setup, while making the experience bigger and better. While they’re at it, why not also implement the one feature Star Fox has been begging for for over a decade, online multiplayer?!

The 2011 3DS remake of Star Fox 64 was a strong recreation of the N64 classic, but it was screaming to have online multiplayer in order to make it something more than just Star Fox 64 on a handheld, but Nintendo missed out. Then  Star Fox Zero came around, and not only missed out on online multiplayer, but had no multiplayer whatsoever. The ability to play Star Fox with people around the world is well overdue. If Nintendo can just do what they do with Mario Kart, but for Star Fox, and they’d have a sure winner.

Okay, here’s another one that we saw not too long ago, but with an unwanted catch. The Wii U’s edition in the wildly popular Animal Crossing series, Amiibo Festival, was a bizarre anomaly. It abandoned the life simulation gameplay of the series in favor of a board game setup not dissimilar to Mario Party, and required the usage of Amiibo in order to play it properly. It was little more than a marketing gimmick to sell more Amiibo.

It was an odd decision on Nintendo’s part, to say the least. Considering how many units each entry in the Animal Crossing series has managed to sell, you would think simply putting Animal Crossing on the Wii U would’ve helped the struggling console a little bit. But it never happened. We just got an interactive Amiibo commercial instead.

On the plus side to things, this does mean that a few years have passed since the last proper entry in the franchise, the 3DS’ Animal Crossing: New Leaf. The Animal Crossing franchise had been ridiculed for a lack of newness in the DS and Wii sequels, before New Leaf finally added some freshness to the tried-and-true formula. If another Animal Crossing had been rushed out the gate, the franchise may have stepped back in its overly familiar territory.

Now’s the time for Nintendo to rethink the series. Not in a completely change everything to sell Amiibo kind of way, but in a way that adds to everything that made New Leaf one of the best games on the 3DS.

New Leaf allowed players to take the role of mayor of their towns, where they could enact new laws and influence the direction of things. Why not take that a step further, and have players actually able to mold their town? Maybe players could assign where the animal characters can build their houses, or set the locations of the local shops? Maybe the players themselves can become the boss of their own business, and hire some of the animal residents as their employees!

The recent success and acclaim of Stardew Valley proves that there’s still plenty of interest in life simulation games, and Animal Crossing’s standing as a game where you can invest a few minutes or several hours into each play session makes it a perfect fit for Nintendo’s home console/handheld hybrid console.

That’s all for this week’s edition of The Weekly Wizard. Stay tuned next week when I (probably) conclude this series of potential franchise revivals on the Switch. If you have any franchises you’d like to see revived on Switch, feel free to suggest them in the comments, and check out my site, WizardDojo.com for more of my writings on video games and other things as well!