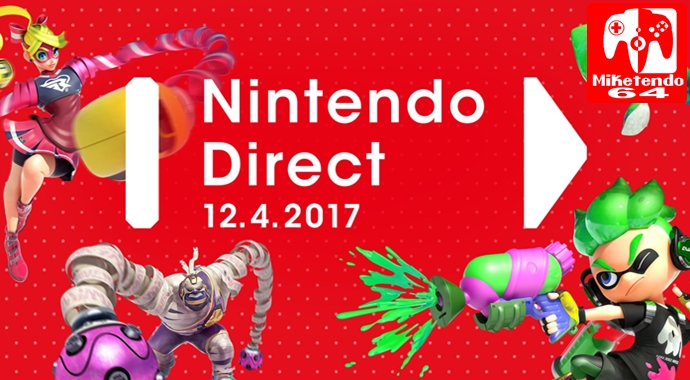 With the Nintendo Direct at an end, gamers across the globe are really with excitement over most of that which was shown, but just in case you missed the presentation, here is the full overview and highlights straight from Nintendo:

“With the recent launch of Nintendo Switch and many fun games coming out for Nintendo 3DS, this is a great time to be a Nintendo fan,” said Doug Bowser, Nintendo of America’s Senior Vice President of Sales and Marketing. “From action-packed multiplayer games to platformers starring classic characters, no matter your favorite video game genre, Nintendo has you covered.”

To view the Nintendo Direct video in its entirety, visit http://www.nintendo.com/nintendo-direct. Some of the highlights revealed in the video include:

*All details specified above comes straight from Nintendo of America, concerning the Nintendo Direct that took Place for North America. So should you find yourself having watched a European stream and then read this afterwards and found a discrepancy or two, this is the reason why.

We hope you enjoyed today’s Direct as much as we did, but what excited you the most? The reveal of all these new amiibo? Neon Yellow Joy-Con controllers, or the fact we finally got a release date for both Splatoon 2 and ARMS? Let us know!