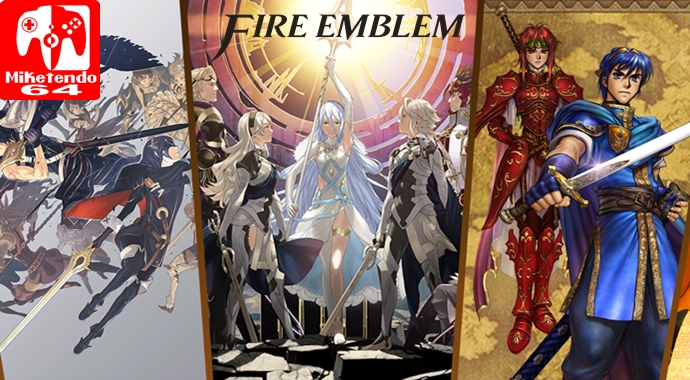 Back in late January, for Europe, Nintendo hosted a huge Zelda sale that lasted a whole two weeks and now they wish to do the same with Fire Emblem!

This week, a number of games from the Fire Emblem series are on sale for My Nintendo users as part of our Fire Emblem Weeks 2017 sale. What’s more, with My Nintendo you can receive Gold Points for all purchases made in Nintendo eShop on your system or via this website. Even if you’re not a My Nintendo user yet, you can still get discounts on Fire Emblem downloadable content and Nintendo 3DS HOME Menu themes!

This exciting sale is underway this very minute and will remain in effect until 23:59 p.m. UTC on the 20th of April, 2017 and this is the list of games and themes you can expect to purchase at 30% off.

*Please bear in mind that during the Zelda Sale, the 30% off offer was only valid for one item, so expect a similar thing here.

However it’s not just games and themes that are discounted during this epic time, but dlc as well. Here’s the official word on the dlc discount:

In addition, all downloadable content for Fire Emblem Fates and Fire Emblem: Awakening on Nintendo 3DS family systems is available at 30% off until 23:59 (UK time) on 20/04/2017.

So how about it? Will you be taking Nintendo up on their special Fire Emblem sale special offers? There’s no better time to get into the Fire Emblem series than right now!