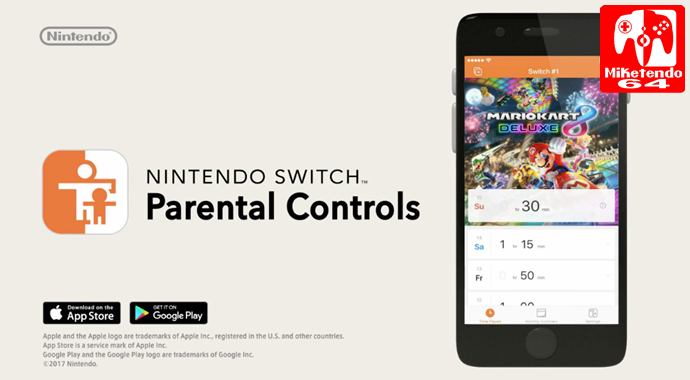 Just before the Switch released, Nintendo put out the Nintendo Switch Parental Controls app, but for those of us who hoped it would provide an accurate record keeping of our Switch game playing, sadly that is really not the case.

For those of us who downloaded the app, we are already aware the app does not separate user play time, meaning if you and a friend both use the same Switch and one played for one hour and the other played for two, the app will say three regardless, but even then the means of record keeping is not accurate to the very minute. I’m not expecting the app to tell me I played Breath of the Wild for 2 hours 3 minutes and 37 seconds as that would be ludicrous, but it would have been nice to be given an actual minute as opposed to rounding it off the nearest 5. (In this case, nearest 5 would be 2 hours and 5 minutes.)

As far as this app goes, while the premise is good, the statistics could be a lot better and more work needs to be done with it so that users can put play restrictions on individual players and not just on the whole system. However at this point, you may be wondering what does all this have to do with the subject matter this title hints out?

Well the whole inaccurate record keeping has everything to do with it, because as we have moved into a new month, the first monthly summary (for March 2017) is available for viewing now and instead of being able to tell me just how many hours I put into each games, it prioritises the games in a different way, by only showing the Top 10 titles I spent the most days playing.

Then when I actually go into the breakdown to see what’s what, it can’t even tell me just how many hours I have spent playing Zelda and the other titles, or how many hours I myself have out in, since I’m not the only user playing it (for example, avlongman9 also uses my Switch and has played for at least 8 hours.) But even then, I’m not getting accurate numbers and nor are those of you who also have the app, because the numbers are of course rounded off to the nearest 5/10.

So like I previously said, the app is good, but it needs a lot of work and could be far better. Parents and players want, no need a more accurate means of keeping track of just how long they/their kids have been playing and right now, the Nintendo Switch Parental Controls app just isn’t cutting the mustard so it will be interesting to see what Nintendo does next, i.e. update the app to make it more accurate and better, or just add a proper means of record keeping to the Switch.

But I’m waffling on now, so I’m going to call this done and let you all get back to your Sunday Funday of gaming and I’ll see you all again next week for more Miketendo64 Nintendo coverage!