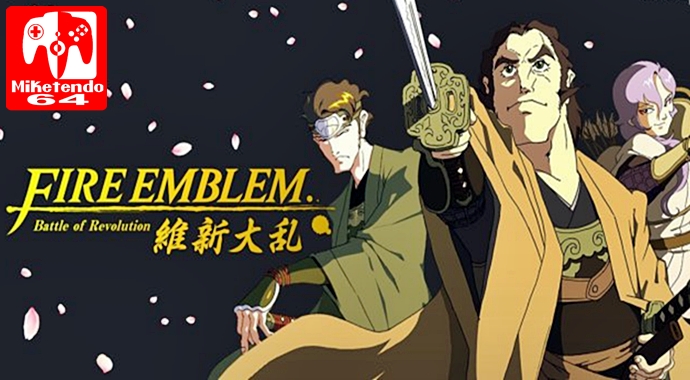 The April Fool’s hijinks keep on coming and here’s another one direct from the Big N themselves!

Nintendo has “unveiled” Fire Emblem: Battle of Revolution for both Nintendo Switch and 3DS and is slated for release on the 20th of April, 2017. Being as though it is April Fool’s this game is of course fake, a fact which is stated on the website Nintendo have fabricated for the title, but it’s still interesting nonetheless. Why? Well for starters, fake or not, the Switch version as costing ¥1,000 yen more than the 3DS version (Switch version is listed at ¥5,980 yen/$53.69 dollars, whereas 3DS version “costs” ¥4,980 yen/$44.71 dollars) and since we know Fire Emblem Warriors is coming to both Switch and New 3DS later on this year, we could very well likely see a similar thing happen there as well. Which would of course be another case of Switch retails games costing more than their Wii U/3DS counterparts.

Secondly it’s a shame this game is fake as the art depicts Bakumatsu, which is one of the most turbulent ages in all of Japanese history, so to have a Fire Emblem game set around that period would be insane, but this is an April Fool’s were such a game to happen, it could be quite some time before we actually get the chance to play it.

But that’s enough out of me, what do you think about this “Fire Emblem: Battle of Revolution?” Let us know!