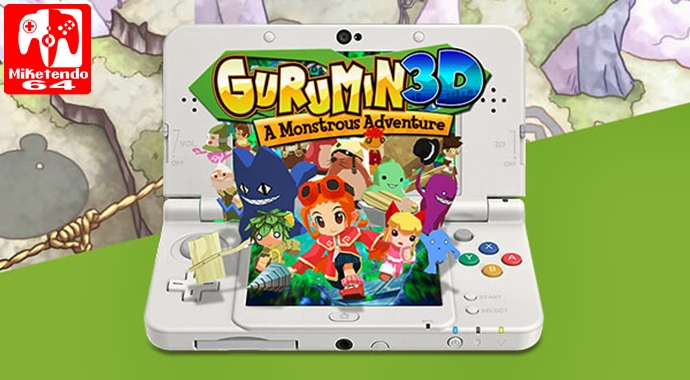 As far as indie games on 3DS go in 2016, Gurmin 3D was without a doubt one of the best ones that gamers money could buy and now for players who wish to do own the title physically, such a thing could happen.

On Twitter earlier today in Europe, Mastiff Games, the publisher responsible for the Gurumin port, expressed an interest in doing physical release, whilst engaging their fans and followers to gauge their interest and we’ve got that tweet right here:

Say we create a Kickstarter campaign for a limited edition PC physical w/ a stretch goal for a 3DS physical…you guys and gals interested?🤔 pic.twitter.com/yaBjxaGxOy

But here’s the rub and something you may not know. As far as physical versions of 3DS titles go, it is a costly affair. The minimum number of carts that can be ordered per region is 6,000 and those carts cost around $7/8 dollars, so for a 3DS physical release happen, at least 5,000 willing fans need to send the cash to ensure Mastiff Games haven’t undertaken a huge loss.

Be sure to stay tuned for more in the coming weeks as we’ll more than happily provide an update on this story.