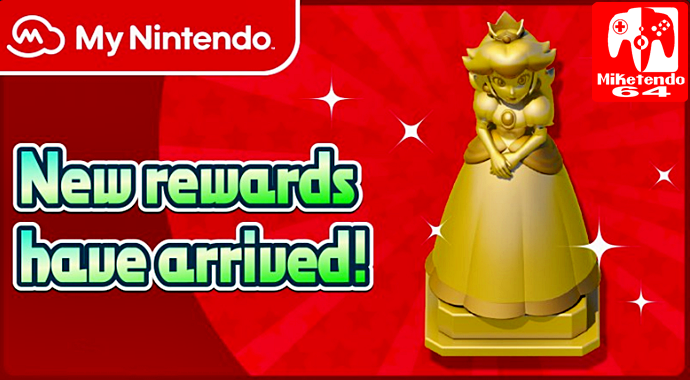 Last week My Nintendo saw the addition of a new reward category entitled Smart device/PC rewards and while it only consisted of a single reward (a digital Mini Guide for Breath of the Wild that costs 10 Gold Points), three more rewards have been added for those in Europe.

The new rewards are wallpapers that after being purchased (each one costs 50 Platinum Points,) can be downloaded to you PC, laptop, tablet or even your mobile device and used as you see fit. However upon purchase, players will be prompted to select the size they would like to receive the image as 8 resolutions are available and all of them can be downloaded should you wish it.

As for the actual wallpapers themselves, two are Mario themed, which makes a lot of sense since it is Mar10 Day, with one wallpaper being Super Mario (red) and the other being Super Mario (white), but the third wallpaper is something of a surprise. While it is credited as being both developed and published by Nintendo, Snipperclips is not their own IP, as it was actually first conceived and initially developed by SFB Games. Still it’s nice to see Nintendo going to such lengths to promote the title. Sure it’s not got a physical release, but its available today as part of a Joy-Con Controller bundle (a bundle contains a digital download code for the title), a free no restrictions in place demo that’s downloadable on the Nintendo Switch and now there’s a wallpaper as well!

However, should you feel you would rather keep your points than unnecessarily spend them on these rewards, you are welcome to do so as each one is available until the 1st of October, so there’s plenty of time for you to change your mind.

While this does conclude today’s My Nintendo related news, hopefully with a bit of luck, the next wave of My Nintendo reward news will concern the addition of rewards for the Nintendo Switch. Expect more news in the coming days/weeks.