Mar 6, 2017 Breath of the Wild, Hidemaro Fujibayashi, IGN, The Legend Of Zelda, Touch features, Wii U 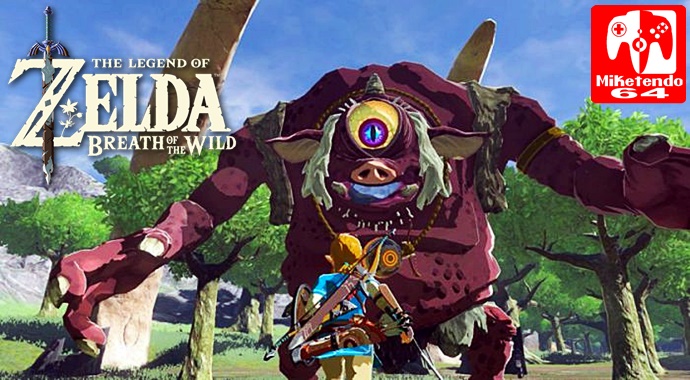 We’ve been waiting for this answer for a long time and now we’ve finally got it!

Prior to the decision to bring Breath of the Wid to the Nintendo Switch, the hit Zelda game was to be a Wii U only title that supported “touch features,” but that is no longer the case as those features were removed and we were never really given a reason why. But that is no longer the case as Breath of the Wild Director, Hidemaro Fujibayashi recently conversed with IGN and that discussion lead to the long awaited answer An answer you can read from the Director himself as we have included his comments below:

“When we were developing the game for the Wii U, we had touch features implemented as you have seen. Once we began to develop the game in tandem for the Switch, we aimed to provide the same gameplay experience across both on Switch and Wii U.”

“In doing our testing without the touch features we noticed looking back and forth between the GamePad and the screen actually took a little something away from this type of Zelda game.”

“Without the touch features it actually turned out to be a really strong gameplay experience. After more experimentation and testing out, we realized that this is the best way to experience the game. That’s how we ended up with the current gameplay style in the production version.”

“There was no hesitation or reluctance in removing those features because we felt the way it is now is the best way to play the game.”

While some will have difficulty accepting this answer, I find myself siding with those who will remain outraged as it would have been nice to have had the full experience, which encompasses all that the Wii U is capable of. Sure I haven’t played the Wii U version and have no desire to do so since I have the Switch version, but Breath of the Wild not only fails to take full advantage of what the Wii U can do, but it also fails in the same manner with regards to Switch due to not supporting HD Rumble. I can understand Nintendo wanted to make sure the game offers the same experience, but it’s something else entirely when you make a game and release it, knowing full well that the game doesn’t truly demonstrate what the platforms it is released on, is really capable of.

Should you feel I’m making a fuss out of nothing, feel free to let me know by leaving a comment. Here at Miketendo64 we also encourage our readers to have their say!